The quake occurred at 00:52 a.m., 20 kilometers north of Sangju in North Gyeongsang Province, at a depth of 21 km, according to the Korea Meteorological Administration (KMA).

Fire authorities received around 50 inquires and calls from residents in the province as well as North Chungcheong Province and the city of Daegu, but no damage was reported. 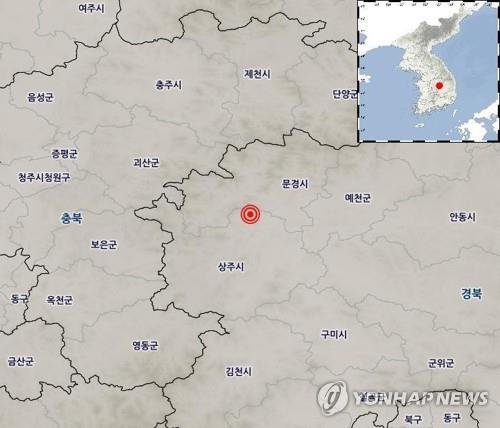