Kim led South Korea to the title at the Asian Football Confederation (AFC) U-23 Championship in Thailand this past Sunday and secured a spot in the 2020 Olympic football tournament in the process. In his wrap-up press conference at the Korea Football Association (KFA) headquarters Thursday, Kim said this AFC title will do wonders for his young players' confidence moving forward. 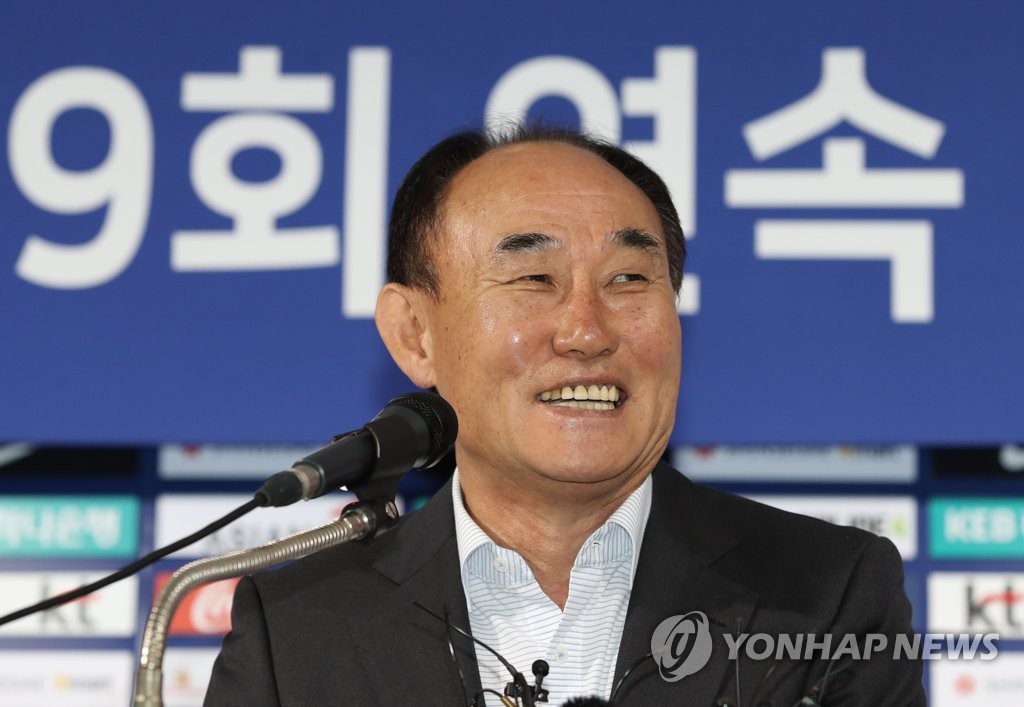 "If you look at this age bracket, you could say these are the players on the cusp of making the senior national team and doing something greater," Kim said. "I think winning this tournament has opened doors for these players and will also contribute to the overall development of football in this country."

The top three teams at the AFC competition qualified for the Tokyo Olympics. South Korea booked their ticket by defeating Australia 2-0 in the semifinals, a match that Kim looked back as the toughest of the tournament.

South Korea then beat Saudi Arabia 1-0 in the final and ended up winning all six of their matches by a combined score of 10-3. During that run, Kim was lauded for his tactical flexibility -- he never once used the same starting lineup in consecutive matches -- and for his leadership abilities that had the players buy into his constant lineup juggling.

"We were able to win this tournament because there was mutual trust between the coaching staff and the players," Kim said. "My coaches and I were confident that anyone could step into the starting lineup and contribute, and the players believed in our coaching and our system."

South Korea will be making their ninth consecutive Olympic appearance. The country's best performance remains the bronze medal from the 2012 London Olympics, and Kim has already said he'll try to top that in Tokyo.

"I don't think any coach should shy away from challenges and obstacles at any competition," Kim said. "The Olympics won't be any different. At the very least, we want to finish higher than Japan." 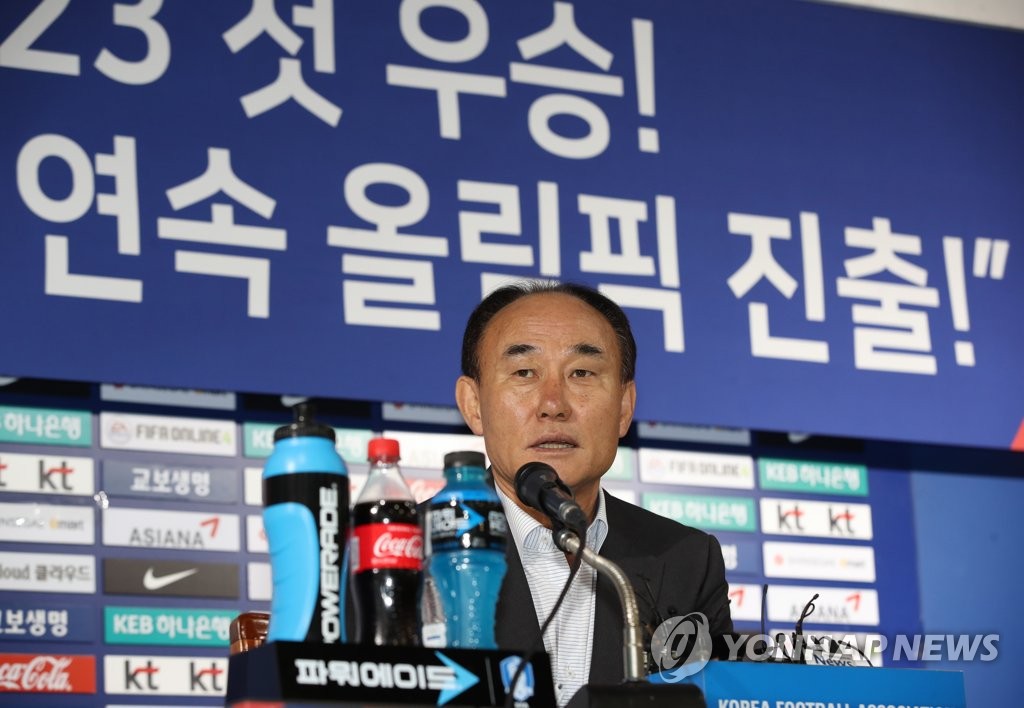 Kim had a 23-man roster at the AFC event, but the Olympic roster is capped at 18. The Olympic tournament is open to players who are 23 or younger, but teams can each name up to three players over that age limit as "wild cards."

Kim said he hasn't started thinking about his wild cards yet, adding, "We'll take players that we think will help the team."

As for the rest of the roster, Kim said no one will be guaranteed a spot, not even youngsters plying their trade in Europe, such as Lee Kang-in of Valencia CF and Paik Seung-ho of SV Darmstadt 98.

Lee and Paik didn't play in Thailand because their clubs declined to release them for the tournament. The AFC event wasn't on FIFA's international match calendar, and clubs weren't obligated to make their players available.

"Those who didn't get on the team this time must prove themselves to be better than the current group of players," Kim said. "Playing club football in Europe won't mean anything. Everyone will have to compete for a spot."