Samsung shipped 295.1 million smartphones around the globe in 2019, taking a 20.9 percent market share, according to data from market researcher Strategy Analytics.

In 2018, Samsung claimed the No. 1 position with a 20.3 percent market share after shipping 291.3 million smartphones.

"Samsung continues to perform relatively well across all price bands, from entry-level to premium models, such as the Galaxy Note 10," Strategy Analytics said.

The South Korean tech giant was followed by China's Huawei Technologies Co. with 17 percent, Apple with 14 percent and Xiaomi Corp. with 8.8 percent. 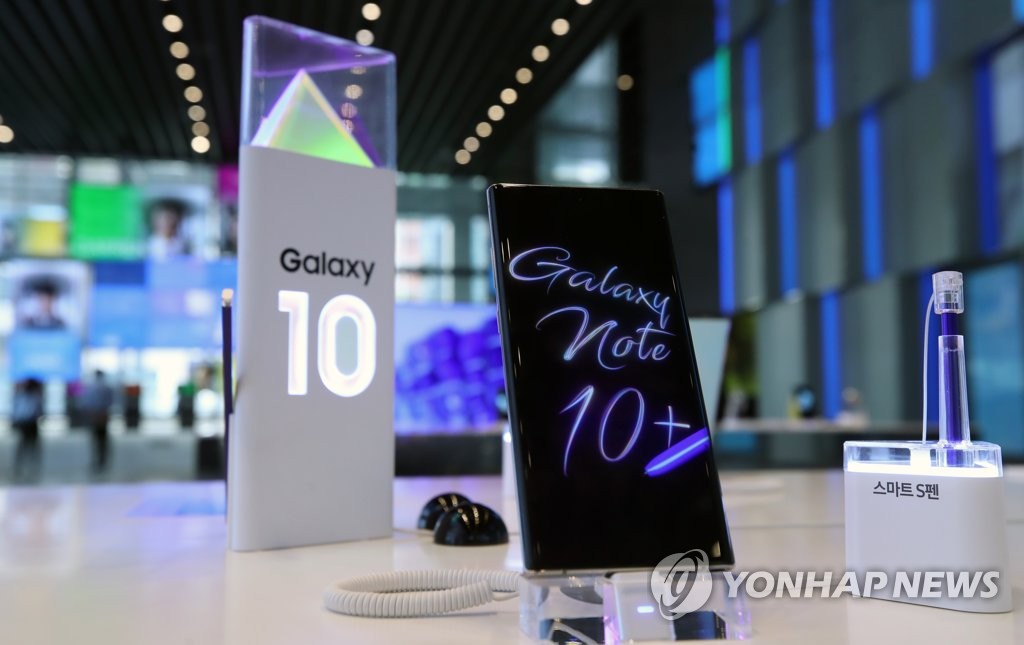 In the fourth quarter alone, however, Samsung was the second player, with a market share of 18.4 percent, which was 0.5 percentage point behind Apple.

In 2019, global smartphone shipments reached 1.41 billion units, down 1 percent from a year ago, due to an inventory build-up in the second half of the year, according to Strategy Analytics.

"Worldwide smartphone demand remains mixed for now, with sharp declines in China balanced by strong growth across India and Africa," said Linda Sui, a director at Strategy Analytics. "Looking ahead, U.S. trade wars and the China coronavirus scare will be among barriers to growth for smartphones in 2020."