SEOUL, Jan. 30 (Yonhap) -- South Korea suffered its first-ever net decrease in its population in nearly 40 years in November due mainly to a critically low birthrate that has been weighing down on Asia's No. 4 economy for decades.

Only 23,819 infants were born in November, down 5.9 percent on-year, according to the data compiled by Statistics Korea. It was the lowest number for the month since the agency started compiling the data in 1981.

The figure has been falling on-year for 44 consecutive months. 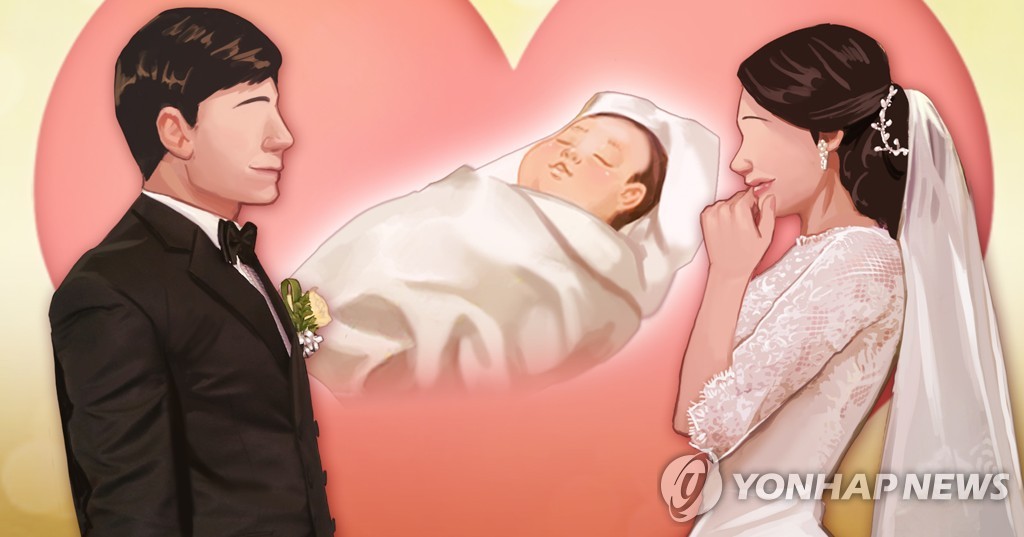 In contrast, the number of deaths in November moved up 5.1 percent over the cited period to 25,438 -- the highest monthly figure since 1983.

It was the first time that South Korea had had more deaths than newborns.

The decline in childbirths comes as some young South Koreans are opting to distance themselves from three of life's major milestones -- dating, marriage and having children -- because they cannot find decent jobs amid a prolonged economic slowdown.

Other factors are the high cost of private education for kids and skyrocketing home prices, as well as the difficulties women face in finding jobs after spending an extended time away from work to raise children.

The number of marriages reported here nosedived 10.1 percent on-year in November to reach 20,493 -- also the lowest figure for the month since 1981.

The number of couples getting divorced, meanwhile, fell 8.8 percent over the period to 9,203.

Statistics Korea earlier forecast that the country's population is likely to reach 39 million in 2067, sharply down from an estimated 51.7 million last year.

South Korea may experience its first on-year decline in population in 2020, it added.

Keywords
#childbirth-Nov. tally
Issue Keywords
Most Liked
Most Saved
Most Viewed All Categories
Most Viewed More
Most Viewed Photos