SEOUL, Jan. 30 (Yonhap) -- Samsung Group on Thursday unveiled additional measures to beef up compliance programs for its affiliates in a move to better deal with legal obligations after key executives including the group's de facto heir Lee Jae-yong were implicated in unlawful acts.

South Korea's largest conglomerate said its 10 affiliates, including Samsung Electronics Co. and Samsung C&T Corp., decided to launch in-house compliance monitoring teams, which will be directly controlled by the affiliates' CEOs to ensure they have greater independence and power.

The latest move is a follow-up to Samsung's decision earlier this month to establish a groupwide committee dedicated to better complying with its own internal governance structure and related laws. 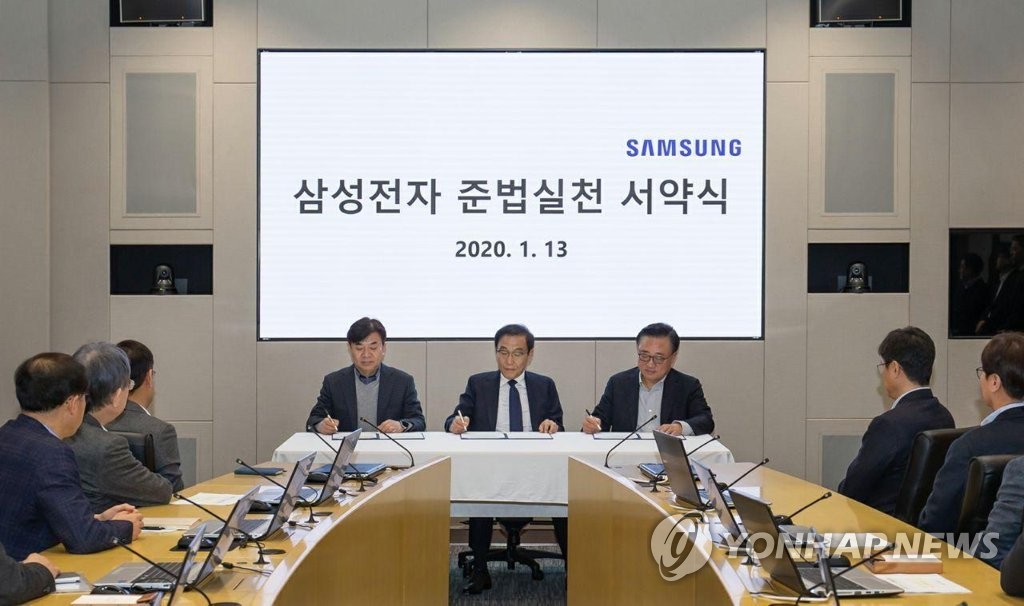 Samsung decided to reinforce its compliance program after a judge presiding over a bribery case involving Lee ordered the conglomerate's heir apparent in October to come up with measures to improve the group's internal compliance schemes.

Lee was indicted in 2017 for giving bribes to a longtime friend of former President Park Geun-hye as he sought backing in succeeding his father Lee Kun-hee and securing the throne of Samsung Group.

Senior executives of Samsung Electronics have also been found guilty of sabotaging a labor union, leading to a prison term for the company's board chairman, Lee Sang-hoon.