SEOUL, Jan. 30 (Yonhap) -- In the local TV industry, big-name screenwriters have maintained a strong presence for more than a decade.

Kim Eun-sook, known for a series of mega-hit dramas, including "Guardian: The Lonely and Great God" (2016), and Park Ji-eun of "My Love from the Star" (2013) are the most bankable star writers sought after by TV channels in the past few years.

Recently, however, the mainstream TV scene has been stirred up by the fresh emergence of rookie screenwriters who make impressive splashes with their first attempts.

SBS's Friday-Saturday series "Hot Stove League," a story about the general manager of a pro baseball team, is the maiden work of Lee Shin-hwa.

The author won a prize for the screenplay of the drama at a contest arranged by a local broadcaster in 2016.

The show, which premiered in December last year, is gaining popularity for its intriguing storyline, detailed descriptions of baseball management and attractive characters, with its viewership rating hitting 17 percent for its last episode. 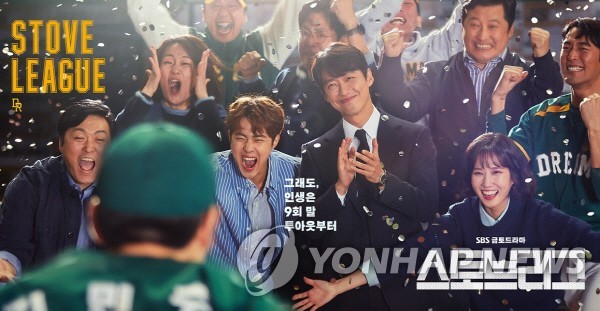 The network's mystery drama "VIP" last year was also written by Cha Hye-won who made an impressive small-screen debut with the series that posted 17 percent in viewership.

Moreover, tvN's now-showing "Black Dog: Being a Teacher" is the screenwriting debut of Park Joo-yun, who reportedly wrote the tale of a temporary teacher based on her own experience.

Experts noted that drama production houses and TV channels have sought ways to discover new talents and ingenious content for years in a bid to diversify their portfolios and reduce production costs.

Park Joo-yun of "Black Dog" is a graduate of the "O'PEN" project, along with Shin Ha-eun, the co-writer of tvN's hit historical drama "The Crowned Prince" (2019). 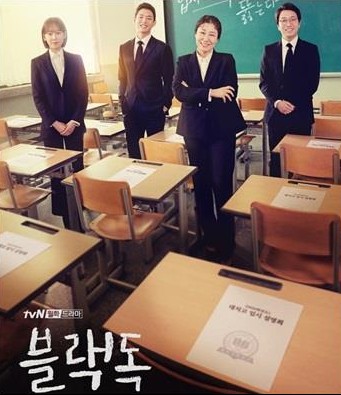 Broadcasters like MBC and SBS have held contests to discover potential screenwriters and produced some promising competent talents, including the creator of "Hot Stove League."

At the same time, KBS, JTBC and tvN came up with programs introducing short dramas, regarded as a springboard for rookie screenwriters, directors and actors.

"The media environment has been changing rapidly, and newly emerged platforms and conventional media have been seeking creative content and its originators to catch the eyes of the young generation," said culture critic Kim Seong-soo. "Global online streaming service operators like Netflix have also fanned demand for new writers, who are content creators."

He also pointed out that it is also part of the media industry's downsizing efforts. He cited that some renowned drama writers are known to be paid more than 100 million won (US$84,000) per episode, which takes the lion's share of the total production costs.

"Profitable screenwriters are expensive, so producers and TV stations turn their eyes to cheaper young talents," said the culture critic. "Screenwriters, at the same time, are given wider opportunities to start their careers."