JEJU, South Korea, Jan. 30 (Yonhap) -- The Jeju provincial government said Thursday it is in talks with the justice ministry over a temporary suspension of a visa-free program for Chinese visitors amid continued concerns about China's coronavirus outbreak.

Since 2002, South Korea has implemented a visa-free system under which all foreign visitors, except for those from countries designated by the justice minister, can stay on the southern resort island of Jeju for up to 30 days without a visa.

The local government and the justice ministry have been considering a plan to stop the program for Chinese nationals for a limited period, it said.

It has also made a recommendation that the ministry make the period of suspension as short as possible in consideration of the island's tourism industry.

The island is a major destination for Chinese visitors, partly due to the visa-waiver system. About 797,300 Chinese people accounted for 98 percent of all foreign visitors who made visa-free visits to the island last year.

During the Lunar New Year holiday period from Friday through Monday, the number of Chinese visitors arriving on the island came to 8,900.

With the virus rapidly spreading in the neighboring country, the island's residents have called via social media for the regional government to take measures to prevent Chinese people from visiting the island without a visa. 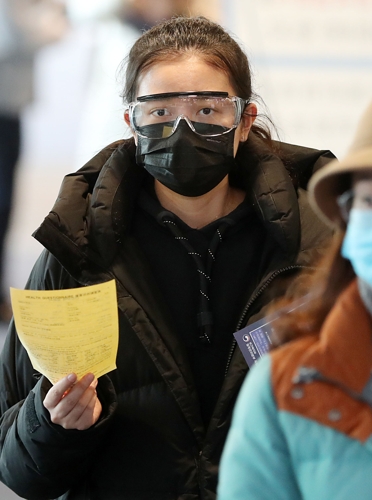