The septet is scheduled to hit the late night talk show from U.S. broadcaster ABC on Feb. 11 and perform "Jopping," a track from the band's first EP, "SuperM," according to SM Entertainment.

The self-titled album topped the Billboard 200 chart in mid-October.

This is the band's latest U.S. TV appearance, following its debut on another famous American TV program, "The Ellen DeGeneres Show," in October last year.

October's success made SuperM the first Asian act to top the Billboard 200 with a debut album and the second K-pop band ever to land atop the chart. 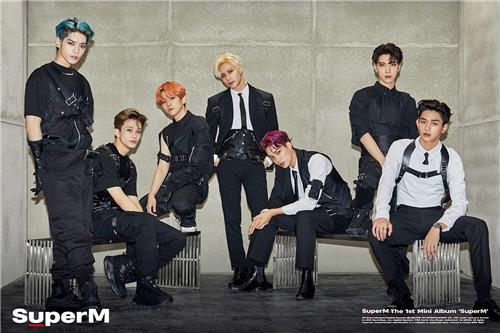