Amnesty International emphasized that the North's dire human rights situation has been neglected in the dialogue for denuclearization as it released its "Human rights in Asia-Pacific: Review of 2019" report at a press conference in Seoul.

"Last year North Korea continued dialogues with the U.S., China and South Korea on the nuclear situation, but little progress was made, and regrettably human rights was often not part of these conversations," Arnold Fang, East Asia researcher for Amnesty International, said.

"Amnesty International believes the pursuit of human rights should not be made second to the need for denuclearization. The two issues can be pursued at the same time," he said.

Human rights advocate groups have criticized the U.S. and South Korea for failing to bring up with the dire human rights situations in North Korea in denuclearization negotiations that started in earnest in early 2018, apparently in order to keep dialogue momentum alive without touching on a sensitive issue for the North.

North Korea has long been labeled one of the worst human rights violators in the world. The North has denied accusations of its alleged rights abuses, however, calling them a U.S.-led attempt to topple its regime.

Public executions were reported in North Korea last year, a point Fang says is worth noting as they have been suspended by the North Korean authorities since 2012 in an effort to improve the country's image in response to continued calls from the international community.

"The information we were getting was pointing to the fact that public executions were being suspended so North Korea was refraining from public executions but then in 2019 there was a report of public executions. So it is a bit of an alarm to us because it was a reversal of the trend we've known about previously."

Fang, however, did not mention the exact number of cases, saying that information on the death penalty from North Korea "has always been patchy."

Fang also urged the international community, including South Korea, this year to "play an even more proactive role in engaging North Korea to dialogue regarding the human rights issue."

He, meanwhile, criticized South Korea's decision to repatriate two North Korean fishermen, who arrived in November last year but were sent back to the North for allegedly committing murder. They expressed a desire to defect but Seoul saw their intentions as insincere and deported them to ensure the safety of its citizens.

"If the two men had committed crimes before entering South Korea, they have the right to a fair trial here before being sent back to their own country where their lives are in danger," he said. 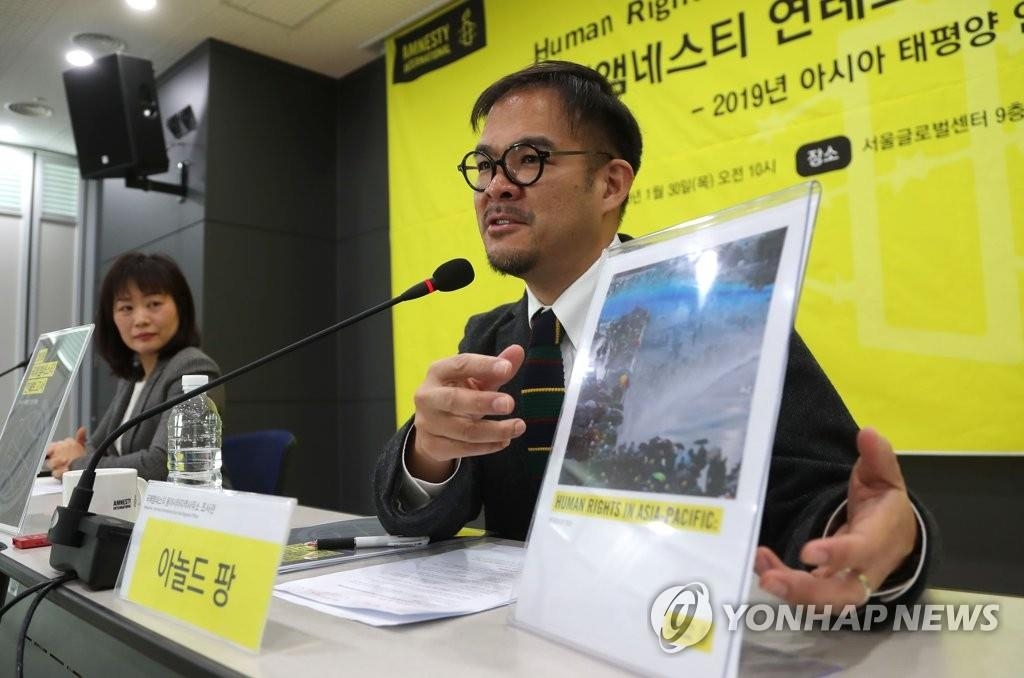