The Seoul High Court in January 2018 handed down jail terms to Kim Ki-choon and Cho Yoon-sun for keeping a secret register and giving disadvantages to artists who were deemed critical of the conservative president.

Cho, a former culture minister and presidential secretary for political affairs, was sentenced to two years behind bars. A lower court had initially suspended her sentence.

Wrapping up an 18-month trial, the Supreme Court on Thursday ordered the appeals court to review its decision, claiming there were procedural and judgmental mistakes in defining their alleged power abuse.

The top court acknowledged that excluding certain individuals or organizations from government subsidies based on their political opinions or ideology "breaches constitution and law."

The court, however, added that the lower court should reconsider whether ordering officials to do so can be seen as power abuse.

The top court's ruling is expected to affect several ongoing trials over alleged power abuse by presidential officials in the previous and incumbent administrations.

Kim and Cho were senior aides to the former president, who is also under a trial over allegations she and her close friend abused their power and received billions of won in bribes from top conglomerates such as Samsung and Lotte.

Park was impeached midterm in March 2017 after such suspicions sparked public fury, prompting hundreds of thousands to hold candlelight protests against her presidency. 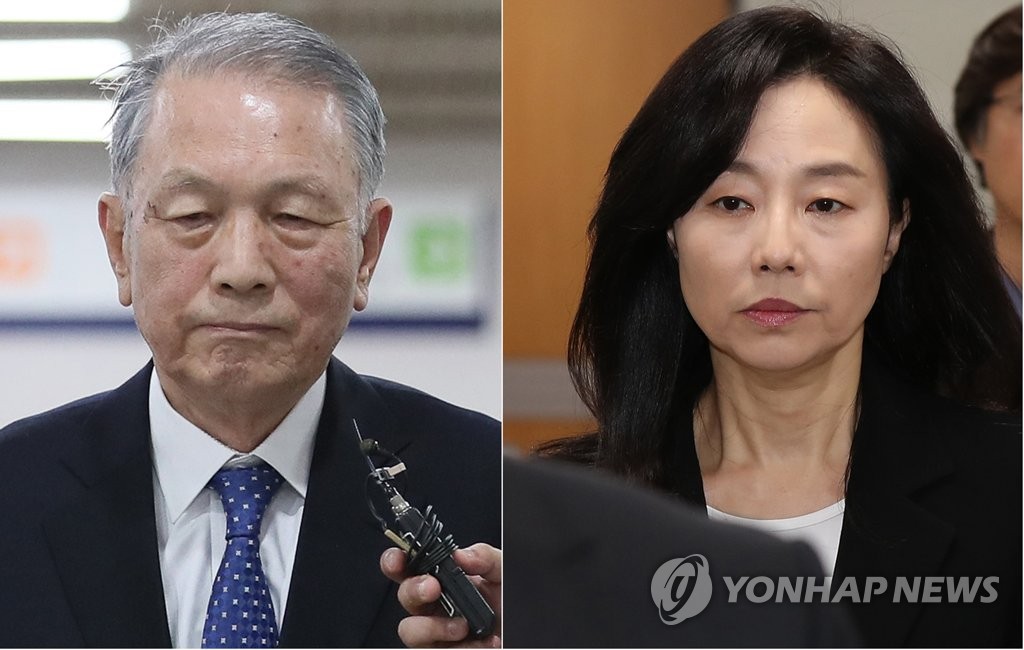