"I-LAND: WHO AM I" will kick off in Bangkok on April 4 and move to major cities in the United States, Europe and Asia before wrapping up in Seoul about three months later, according to Cube Entertainment.

Under the world tour, the group will land in 32 cities across the globe, including Seattle, Los Angeles, Washington, D.C., Toronto, Moscow, Paris, Berlin, London, Manila, Macau and Tokyo, according to the lineup of the tour's destinations.

(G)I-dle has carved out a unique presence as a rare self-producing girl group, and its latest single, "Lion," released in November, made it on Billboard's World Digital Song Sales chart for four straight weeks. 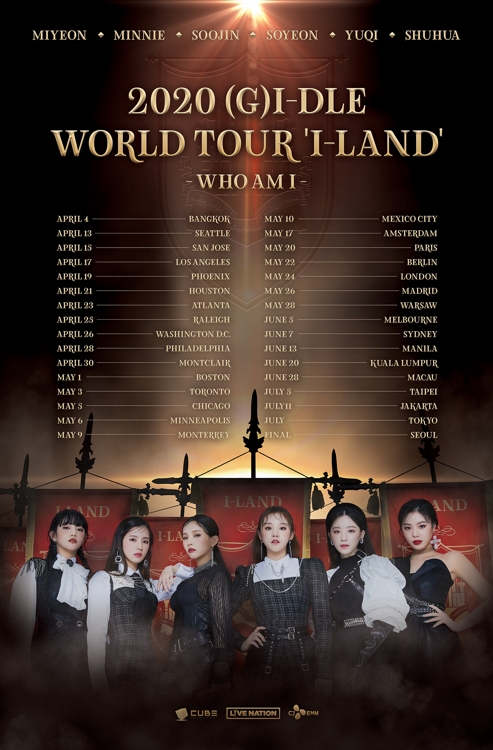