SEOUL, Jan. 30 (Yonhap) -- New Chinese Ambassador to South Korea Xing Haiming pledged Thursday to strive hard for the "great" development of relations between the two countries amid their efforts to address lingering tensions over the installation of a U.S. missile defense system here.

Xing, a former Chinese ambassador to Mongolia, made the remarks upon arriving in South Korea to fill the ambassadorial post that was left vacant after his predecessor Qiu Guohong left the country late last month after nearly six years of service.

"Though we have an issue to handle for the time being, I will look forward to the future and try hard. ... I am convinced that the relations between the two countries, which are very close neighbors, will improve more," he told reporters in Korean at Incheon International Airport, west of Seoul.

"I will strive hard for the great development of relations between South Korea and China," he added. 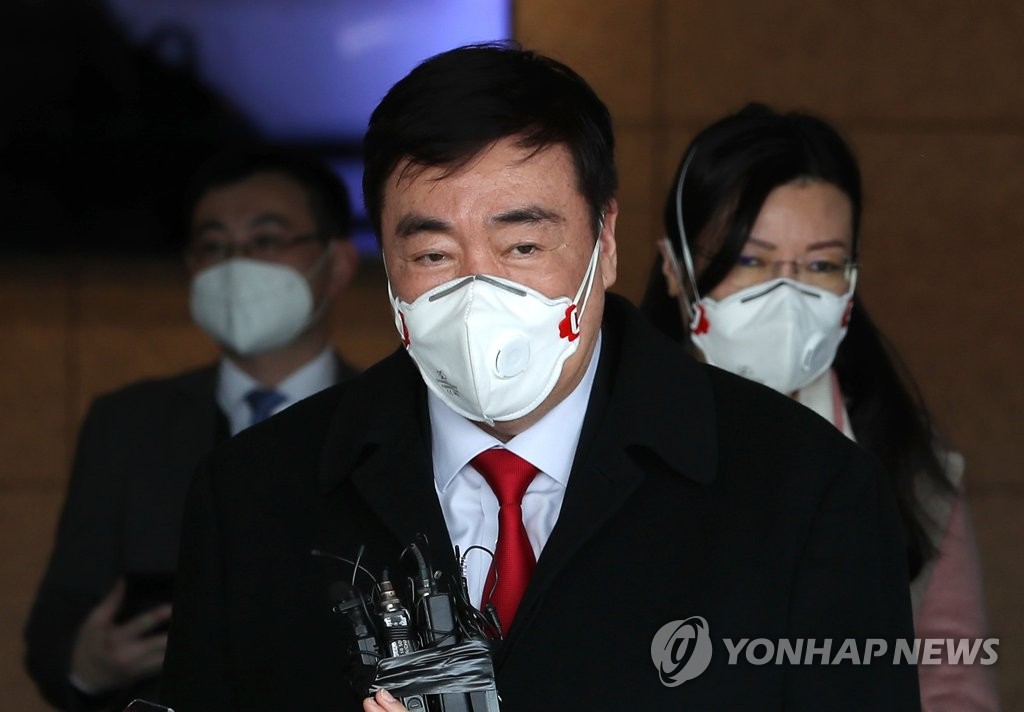 His arrival came as Seoul and Beijing are stepping up joint efforts to stem the spread of a deadly new coronavirus that first emerged in the central Chinese city of Wuhan late last month and improve relations once frayed by the deployment of a U.S. missile defense battery in South Korea.