South Korean slugger Kim Jae-hwan failed to sign a major league deal via the posting system this offseason, but the 31-year-old said Thursday he hasn't given up on his big league dreams.

"Right now, I have to focus on getting ready for the 2020 season, and if I do well this year, I'll take another shot at the majors," Kim added. 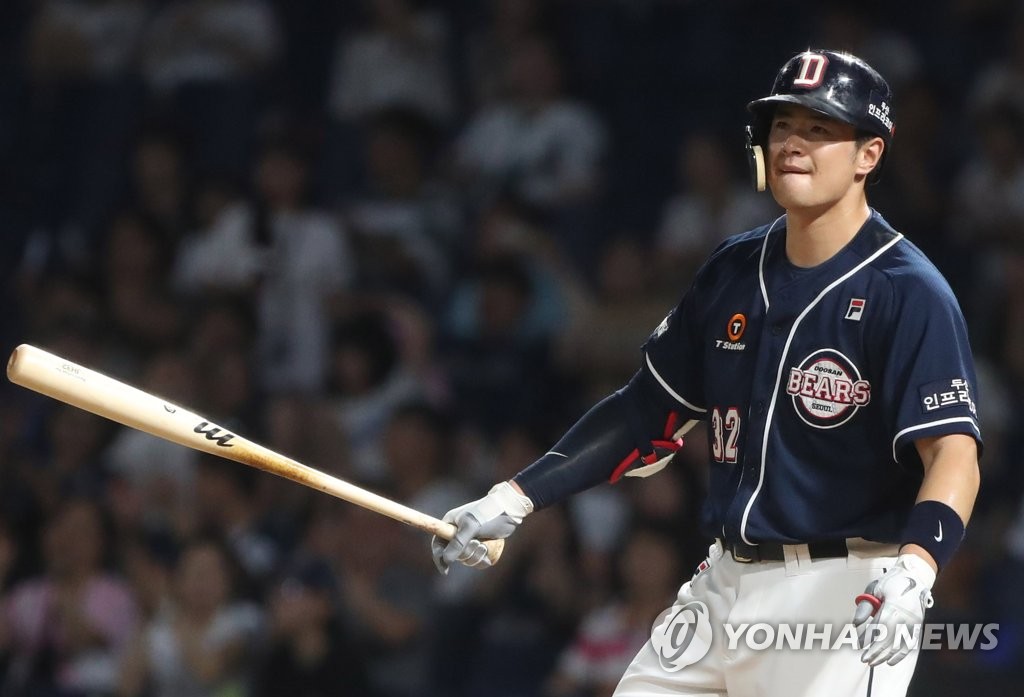 Kim was posted in December but his presence in the open market generated little buzz. The Miami Marlins briefly showed interested in the outfielder/designated hitter but pulled themselves out of the picture after signing outfielder Corey Dickerson.

The KBO's switch to a heavier ball, brought in to curb the offensive explosion, was blamed for Kim's quiet year. But he said it was his shoddy mechanics, not the ball, that caused his season-long slump.

"I've been studying some video and trying to get back to the swing from my better seasons," Kim added.

While awaiting an offer from major league clubs, Kim trained in Los Angeles for a month. He said he had a close look at Milwaukee Brewers' star Christian Yelich, the 2018 National League MVP.

"It was my first time working out in the U.S., and it was a great experience," Kim said. "Hopefully, the work I've put in will lead to strong numbers."