VLADIVOSTOK, Russia, Jan. 30 (Yonhap) -- South Korea plans to establish a monument in Russia's eastern port city of Vladivostok in the first half of the year to pay tribute to an independence fighter during Japan's colonial rule of the Korean Peninsula, South Korean officials said Thursday.

The South Korean Consulate in the Russian city said the erection of the monument to Yi Dong-hwi, who served as the first prime minister of the Korean Provisional Government, will take place near the city's Pokrovsky Cathedral on June 26 in cooperation with the Vladivostok city government.

The consulate will have the monument made in South Korea.

The Vladivostok city government was the first to suggest the project.

Born in Danchon, South Hamgyong Province, in 1873, Yi became a military officer and devoted himself to enlightening the public and leading unofficial troops in his resistance against Japan, which colonized the peninsula from 1910-45.

After Korea came under Japanese rule in 1910, Yi moved to the Russian Far East in 1913 to nurture an army for national independence before taking office as prime minister of the provisional government in Shanghai in 1919.

Yi died in 1935 in Shinhanchon in Vladivostok.

South Korean Consul General Oh Sung-hwan said Russia has a tradition of revering unknown soldiers who sacrificed themselves for their countries, adding, "We are looking at the option of carrying a message to pay tribute to unknown independence fighters on the monument." 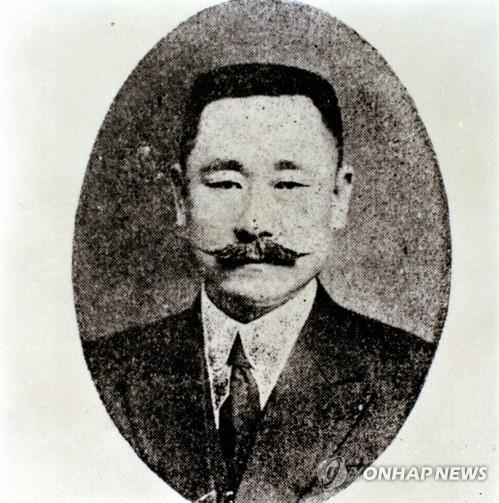