Of the two, one, a 32-year-old man, recently returned from the Chinese city of Wuhan, the epicenter of the latest outbreak, but the other was confirmed to be the country's first human transmission case of the novel virus, according to the Korea Centers for Disease Control and Prevention (KCDC).

The first person-to-person infection involves a 56-year-old man who had been in contact with the country's third confirmed patient, who had, in turn, returned from China last week without showing symptoms.

The third patient was not subject to any limitations on his movement for days before testing positive for the new virus strain on Sunday, with the person he infected not under close observation by the health authorities so that he too could have inadvertently transmitted the disease to others.

The other person confirmed to be infected was in Wuhan on business and returned on Friday, according to the KCDC.

Human-to-human infection has been a grave source of concern because it can easily lead to a sharp rise in infected cases. 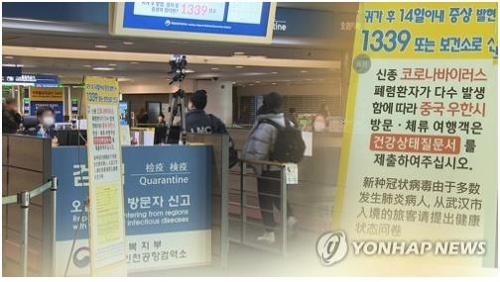