For the whole of 2019, Hyundai Motor Co., Kia Motors Corp. and auto parts maker Hyundai Mobis Co. posted a combined operating profit of 8.05 trillion won (US$6.8 billion), up from 5.6 trillion won a year ago, according to the companies' annual earnings results.

The companies reported an on-year growth in their overall operating income for the first time last year in seven years after their operating results continued to decline from 2013-2018, the data showed.

Analysts expected Hyundai Motor and Kia Motors will continue to benefit from higher demand for their SUV models in global markets, including the world's most important U.S. automobile market, this year. 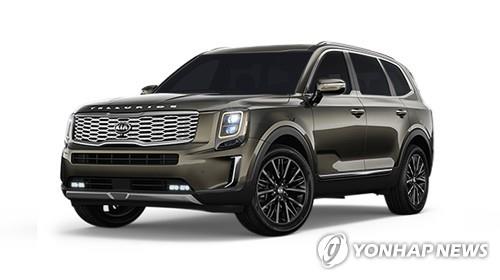 The SUV models are expected to continue to support Hyundai and Kia's earnings this year, with new models such as Hyundai's Tucson SUV, its independent brand Genesis' GV80 SUV, and Kia's Sorento SUV set to be launched in the U.S. market during the year.

Hyundai and Kia, which together form the world's fifth-biggest carmaker by sales, aims to sell 7.54 million vehicles in 2020, up 4.9 percent from 7.19 million units they sold last year.

The auto parts firm aims to achieve $2.73 billion worth of orders globally, higher than $1.76 billion orders it obtained from global carmakers last year.

Earlier this month, the Korean automotive group said it will invest more than 100 trillion won in the next five years to increase its presence in the future mobility markets.

"We are planning to launch 44 electrified vehicles, including 11 all-electric models, by 2025, as we aim to take the lead in electrified car markets based on the development of our own platforms and core electrified car components," Hyundai Motor Group Executive Vice Chairman Chung Euisun said in his New Year message to employees. 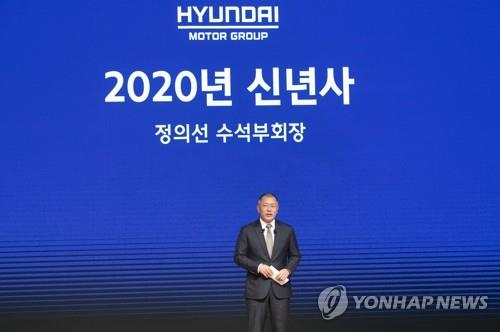