From a year earlier, the overall industrial output grew 3.2 percent, according to the data compiled by Statistics Korea.

The production in the mining, manufacturing, gas and electricity industries rose 3.5 percent from a month earlier, while that of the service sector edged down 0.1 percent. 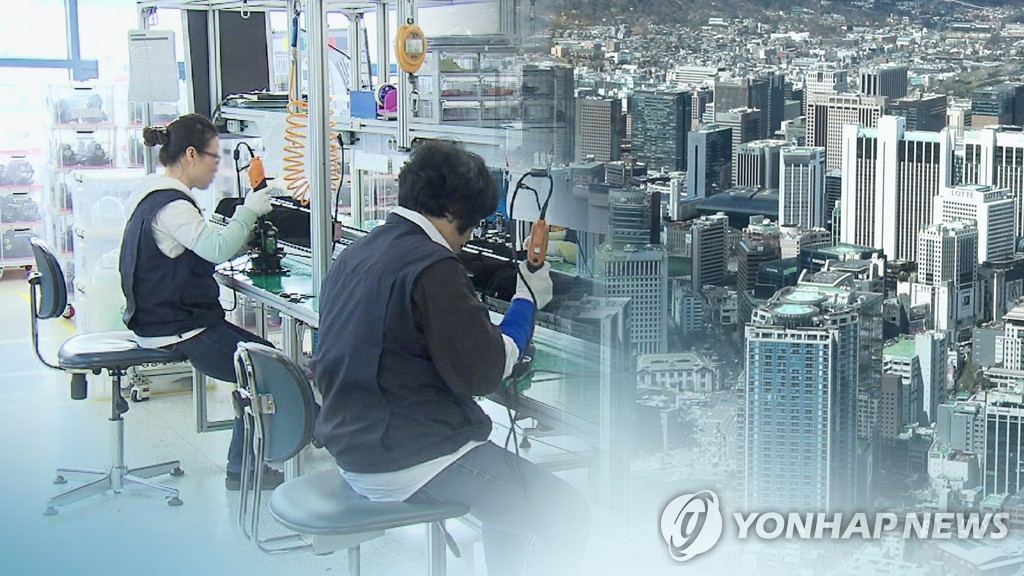 The production, retail sales and investment gathered ground all together for the second consecutive month.

Retail sales rose 0.3 percent in December from a month earlier, helped by gains in sales of automobiles and electronics, according to the data.

Facility investment gained a whopping 10.9 percent in December from a month earlier, led by the machine and automobile segments, the data showed.

Production of mechanical equipment increased 12.6 percent from a month earlier, while that of telecom equipment decreased 9.7 percent. The production of automobiles rose 3.4 percent over the period.

The average factory operation rate stood at 74.3 percent in December, up 2.4 percentage points from a month earlier.

For the whole of 2019, South Korea's industrial output rose 0.4 percent from a year earlier, marking the slowest gain since 2000, when the statistics agency started compiling related data.

The production in the mining, manufacturing, gas and electricity industries fell 0.7 percent from a month earlier, while that of the service sector moved up 1.5 percent on-year in 2019.

The statistics agency said it will closely monitor the impact of the rapid spread of the new coronavirus on South Korea's industrial activities.

Previous examples, such as the severe acute respiratory syndrome (SARS) in 2003, had an adverse impact on the service segment, although its fallout on the manufacturing area was limited, it added.

Amid the global spread of the virus, South Korea on Friday reported another case of the new coronavirus, bringing the total number of people infected here to seven.