INCHEON, Jan. 31 (Yonhap) -- South Korean pitcher Kim Kwang-hyun left for the United States on Friday for his first spring training with the St. Louis Cardinals, determined to win a spot in the starting rotation as a major league rookie.

Kim signed a two-year deal worth US$8 million with the Cardinals in December. He'd spent the previous 12 seasons with the SK Wyverns in the Korea Baseball Organization (KBO), putting together an All-Star career that included a regular season MVP award as a 20-year-old in 2008. 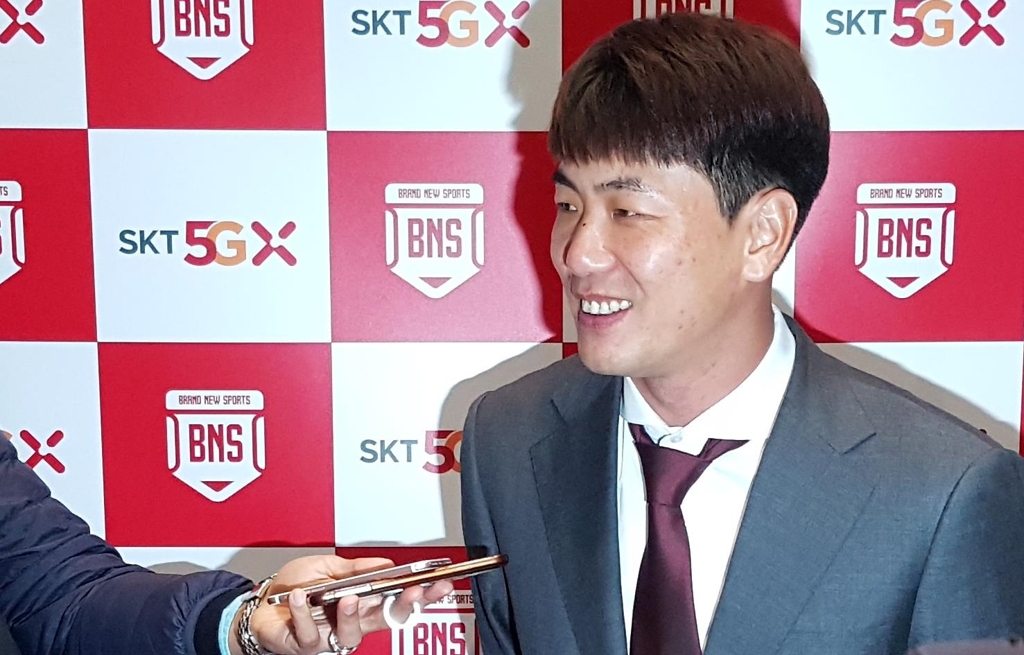 Kim has been a starter for almost his entire professional career, and he said he hopes to keep it that way in the majors.

"I'll try my best to get into the starting rotation. I've been starting most of my career, and I have the most confidence in myself as a starter," Kim told reporters at Incheon International Airport, west of Seoul, before heading to Florida.

The first four spots in the Cardinals' rotation appear to be locks for the incumbents from 2019: Jack Flaherty, Miles Mikolas, Dakota Hudson and Adam Wainwright. Former staff ace Carlos Martinez, who picked up 24 saves as an emergency closer following Jordan Hicks' injury, is working toward a return to the rotation. If Martinez wins the fifth spot, the Cardinals won't have any left-hander in the rotation.

When Kim was introduced in St. Louis, John Mozeliak, the Cardinals' president of baseball operations, said the left-hander would get "every opportunity to be used as a starter." Mozeliak added that Kim showed "flexibility" in regards to his role, saying, "(Kim) understands it's not a guarantee (that he'll start), but he appreciates the opportunity."

The pitcher himself said he'll always put the team ahead of his personal goals.

"Whatever the team wants me to do, I'll do it," he said. "I have pitched out of the bullpen (with the Wyverns) before when the situation called for it. I think all professional athletes have to do what their teams need." 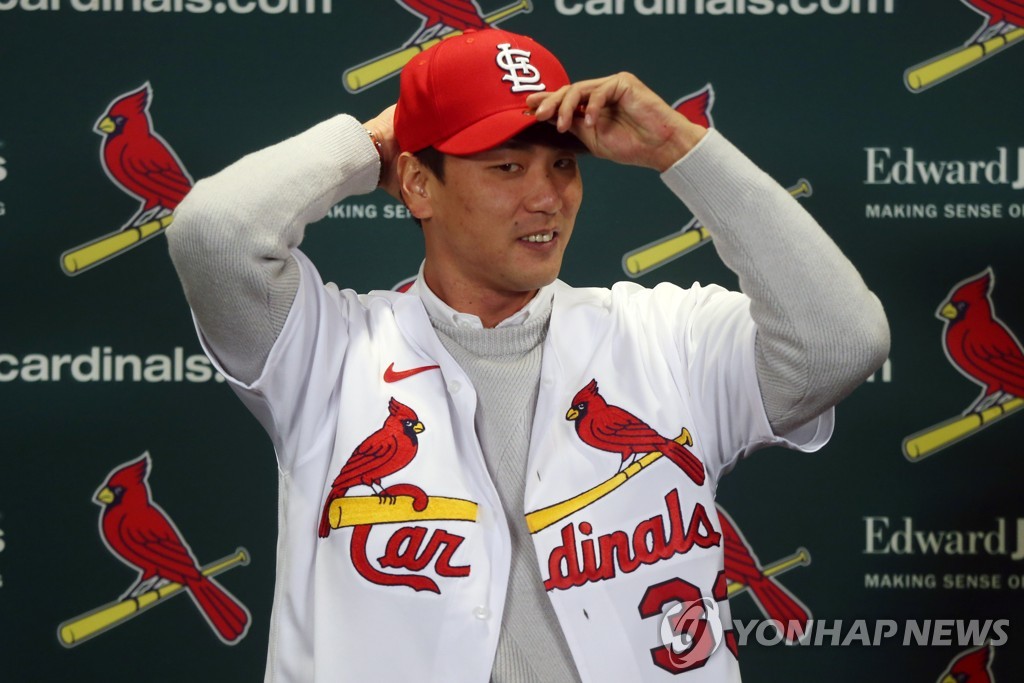 The Cardinals' pitchers and catchers are to report to their camp in Jupiter, Florida, on Feb. 11, with their first workout to begin the next day. Before that, Kim will train with his old team, the Wyverns, in Vero Beach, about 100 kilometers north of Jupiter.

Kim said he'll hop over to Jupiter a couple of days before the reporting date, so that he can acquaint himself with club employees.

"Since this is my first year, I'll try to reach out to people who'll be helping the team," Kim said. "It's going to be nice to say hello and develop friendships early on."

The Cardinals' first spring training game will be on Feb. 22 against the New York Mets. Kim said he doesn't know if he'll pitch in that game, but he's been trying to build up his strength so that he'll be ready for that day if he gets his number called.