INCHEON, Jan. 31 (Yonhap) -- South Korean pitcher Kim Kwang-hyun may have spent 12 seasons in his native country, but as far as the 31-year-old is concerned, he'll merely be a rookie with the St. Louis Cardinals this year.

Kim, who signed a two-year deal with the Red Birds last December, insisted Friday he'll go into his first spring training with a rookie mindset.

"I think it's right for me to start from scratch," Kim told reporters at Incheon International Airport, just west of Seoul, before heading to Florida. "I am not going to put too much pressure on myself, but at the same time, I am not going to sell myself short, either." 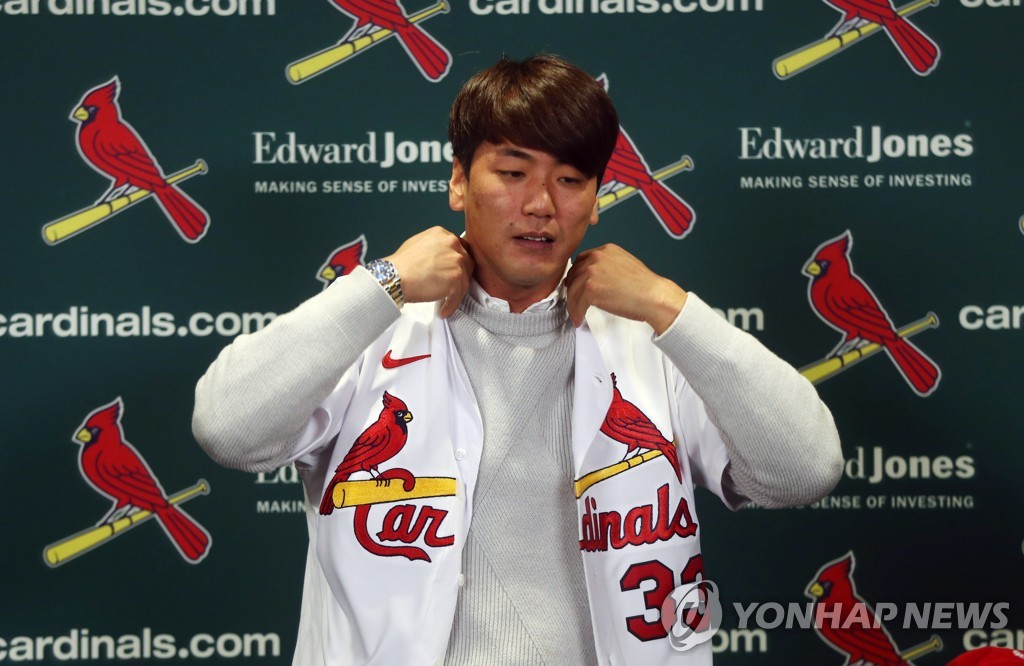 The Cardinals have said Kim will get every opportunity to win a spot in the starting rotation. Returning starters from last year, Jack Flaherty, Miles Mikolas, Adam Wainwright and Dakota Hudson, will get their places, with Kim and Carlos Martinez, who stepped in as the closer for injured Jordan Hicks last year and is trying to return to the rotation, expected to battle for the fifth spot.

If he does make the rotation, Kim said his objective will be "to stay healthy and not skip a turn."

Kim has been projected by some U.S. media to reach double figures in wins and keep his ERA below 4.00. But Kim himself said he's not been paying attention to those reports.

"I think I just have to do what I am supposed to do, and not really put much stock into those predictions," Kim said. "Something may happen during spring training, and maybe I'll start getting some negative reports once camp starts."

Kim said he's been surprised by the amount of attention he's been getting after signing with the Cardinals and that he's better equipped now to deal with pressure than before.

"I remember facing high expectations in my rookie season and I let that affect my performance on the mound," Kim said. "But time has passed, and I think I am used to that kind of pressure. I am even able to enjoy it."

To prepare for his first major league camp, Kim spent a few days in Okinawa, Japan, earlier this month working out with fellow major league pitcher, Ryu Hyun-jin of the Toronto Blue Jays. Ryu and Kim had their Korea Baeball Organization (KBO) careers overlap in the late 2000s and early 2010s before Ryu first left for the big leagues with the Los Angeles Dodgers in 2012. Just one year apart in age, the two have been friends, and Kim said he was able to take their friendship to a new level in Okinawa. 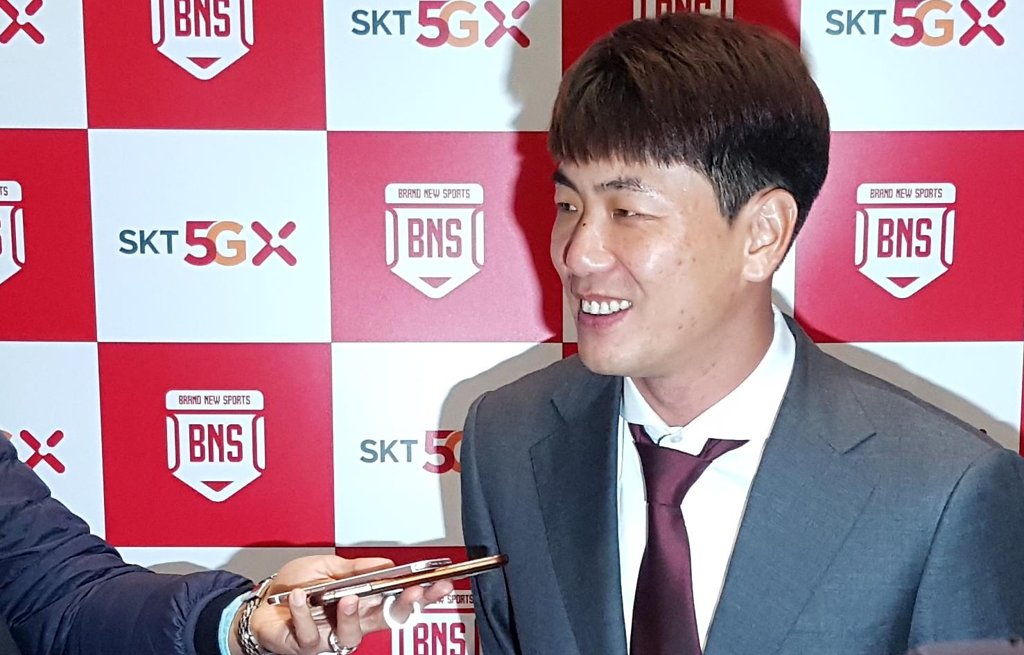 "I tried to pick his brains about life in the U.S., and we spent a lot of time talking about different things," Kim said. "Though we'd been friends, we didn't really have a chance to have deep conversations. I feel like we were able to get much closer this year."

With Ryu now plying his trade in the American League, Kim said "the best-case scenario" for both would be to go head-to-head in the World Series.

Kim will first train with his old KBO team, SK Wyverns, in Vero Beach, Florida, before reporting to the Cards' camp in Jupiter, about 100 kilometers south. And once in Jupiter, Kim will also have a chance to be reunited with his former SK manager, Trey Hillman, currently first base coach for the Miami Marlins. The Cardinals and the Marlins both train at Roger Dean Chevrolet Stadium in Jupiter.

"I don't think I've ever felt so comfortable just walking into the manager's room for a chat as I did with Hillman," Kim recalled. "I met him last year when he visited SK's camp. It'll be great to see him again."