In a letter to the Vietnamese leader, Kim said the relations between the two countries would "continue to develop in depth" in the spirit of the agreement they reached during a meeting in Hanoi in March last year, according to the Korean Central News Agency.

Kim met with the Vietnamese leader and other top officials in Hanoi when he visited the country for his second summit with U.S. President Donald Trump.

"The friendly relations between the two countries personally provided by Comrade Kim Il-sung, the great leader of the Korean people, and Comrade Ho Chi Minh, the respected leader of the Vietnamese people, have been steadily developed in the joint struggle for the socialist cause for the past 70 years," Kim said in the letter.

The Vietnamese president also sent a message to Kim and said the March 2019 visit "served as an important milestone" in the cooperative relations between the two countries, adding that his country will "steadily consolidate and develop" the two sides' friendly relations. 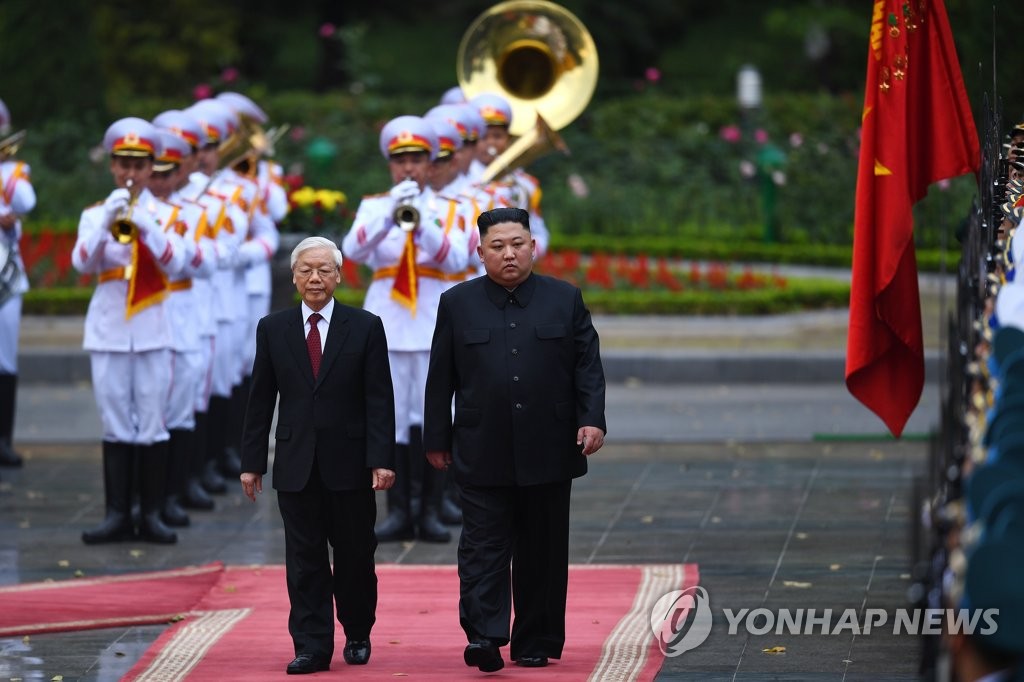