SEOUL, Jan. 31 (Yonhap) -- The daily foreign exchange (FX) turnover by local and foreign banks in South Korea climbed to an all-time high in 2019 on a sharp increase in the transaction of derivatives, central bank data showed Friday.

The daily FX turnover came to an average US$55.77 billion in the year, up $260 million, or 0.5 percent, from a year earlier, according to the data from the Bank of Korea (BOK). 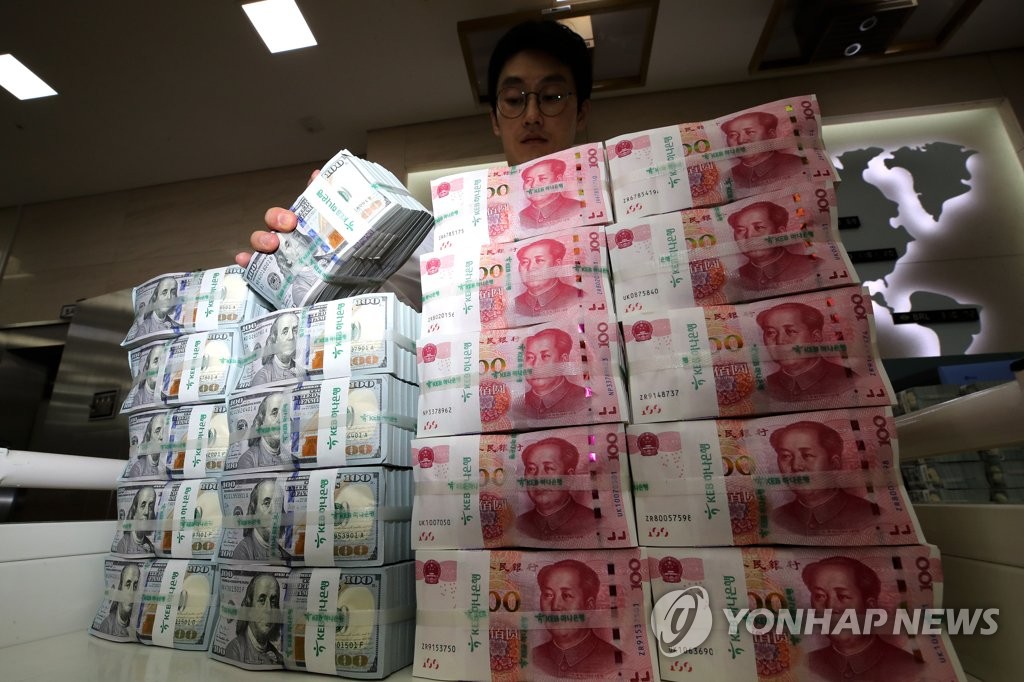 The amount marks the highest since 2008, when the central bank began including transactions of FX derivatives in such data.

"It also marks the highest in the country's history since the country's FX transactions had not been nearly as large prior to 2008," a BOK official said.

The increase in 2019 was solely attributed to a sharp rise in daily transactions of FX derivatives, which averaged $35.94 billion per day, up $1.77 billion, or 5.2 percent, from a year before.

Foreign exchange spots, on the other hand, slipped 7.1 percent on-year to $19.83 billion a day, according to the BOK.

The daily spot trading of the Korean won and the U.S. dollar averaged $13.76 billion, down 10.3 percent from a year earlier, but the daily volume of the Chinese yuan-won transactions jumped 25.5 percent over the cited period to $2.36 billion.

Local banks handled an average $26.08 billion worth of FX transactions per day, while transactions handled by local branches of foreign lenders amounted to $29.69 billion per day.