INCHEON, Jan. 31 (Yonhap) -- Taylor Motter, a former major leaguer who signed for US$350,000 with the South Korean club Kiwoom Heroes last month, will be the lowest-paid import in the Korea Baseball Organization (KBO) this year. And he's going to try to make sure the Heroes will get the best bang for their buck.

"I am going to come out and play like I am not the lowest paid," Motter told reporters at Incheon International Airport, west of Seoul, on Friday, before departing for the Heroes' spring training site in Chinese Taipei. "I want to win ball games for this team, and I want to have a job for following years to come where I can make more money. But as of right now, money is not an option. I just want to win." 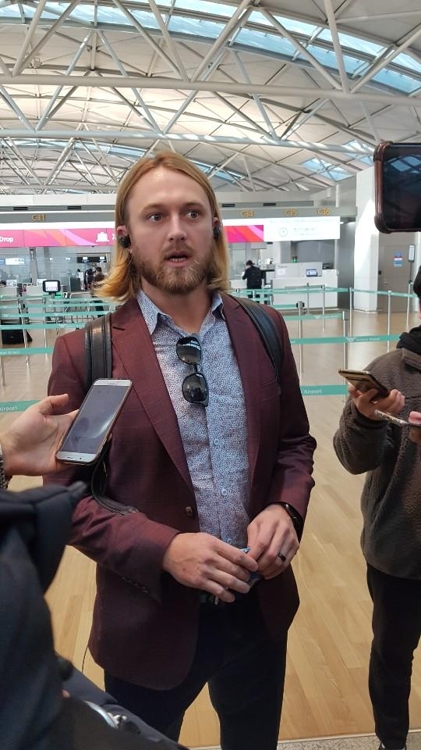 Motter, 30, called himself "a utility player who plays every position."

Indeed, in his three major league seasons with the Tampa Bay Rays, Seattle Mariners and Minnesota Twins, Motter played every infield position, plus left field and right field. Then in the minors, Motter also played center field, with a couple of pitching appearances thrown in.

"The only position I haven't played in a game is catcher," he said. "I've played every position so much in my career in America that I feel confident everywhere."

It's that kind of defensive versatility that will separate Motter from the player he's replacing in the Heroes' lineup, Jerry Sands. 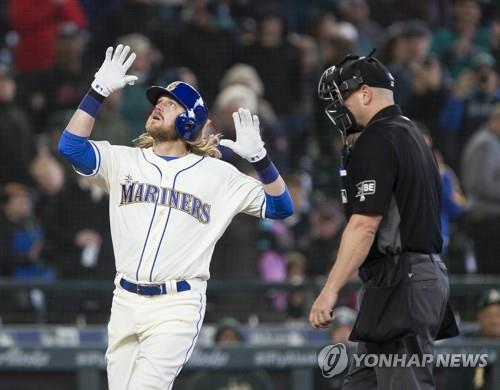 "I am going to bring a different aspect of the game to the Heroes," Motter said. "I know Jerry was a great player here, and I do have big shoes to fill. But I am a completely different player. I am looking forward to making my own niche in the KBO."

Motter said he knows a couple of players who've passed through the KBO, but he didn't seek any advice from them.

"I wanted to come here with an open mind, and I want to make my assumptions and see how everything works by myself," he said. "I feel like I'll be a better all-around player for the team when that happens."

Motter said he watched some video of the Heroes' games after he signed his contract and came away excited about the prospect of playing in the KBO.

"The fans looked great. I can't wait to interact with the fans and be the kind of guy that everyone cheers for," he said. "And I love 'you've got to win' attitude in Korea. That's what I want to do. I want to win."