SEOUL, Jan. 31 (Yonhap) -- South Korea will make efforts to get legislation of police reform bills passed in the first half of 2020 in its drive to follow up on the parliamentary passage of key prosecution reform bills, the prime minister said Friday.

Prime Minister Chung Sye-kyun unveiled the government's steps to support the passage of bills to set up a non-prosecution body to look into corruption by ranking public officials and to grant police more investigative authority.

"(The government) will introduce an autonomous police force and set up a state investigative agency," Chung told reporters after briefing President Moon Jae-in on the issue.

The plan is aimed at balancing the reforms of the prosecution and police as the transfer of key investigative powers to the police spawned concerns about excessive police authority. Related police reform bills are pending.

An autonomous police system calls for provincial governments to oversee police stations and regional police agencies. Such police will mainly handle the security of people in cases of school and domestic violence, and traffic accidents.

The establishment of a state investigative agency is aimed at dispersing colossal police authority. An outside expert will head the agency and be in charge of police investigations, a move designed to prevent outside interference in probes.

"The government will do its best to prod parliament to complete the legislation of reforming the police under the 20th National Assembly session," Chung said.

He added that the government will set up a team to prepare for the establishment of the separate corruption investigation agency under the wing of his office. The body is expected to set sail in July.

The creation of such an agency and granting more investigative power to police are part of President Moon's election campaigns to reform the prosecution.

Moon reiterated the need to thoroughly reform the prosecution, saying the establishment of the non-prosecution body is "very meaningful," according to Justice Minister Choo Mi-ae.

"For the reform of power organizations, there is a need to democratically disperse authority for the people and seek checks and balances among power agencies," Moon was quoted as saying by Choo. 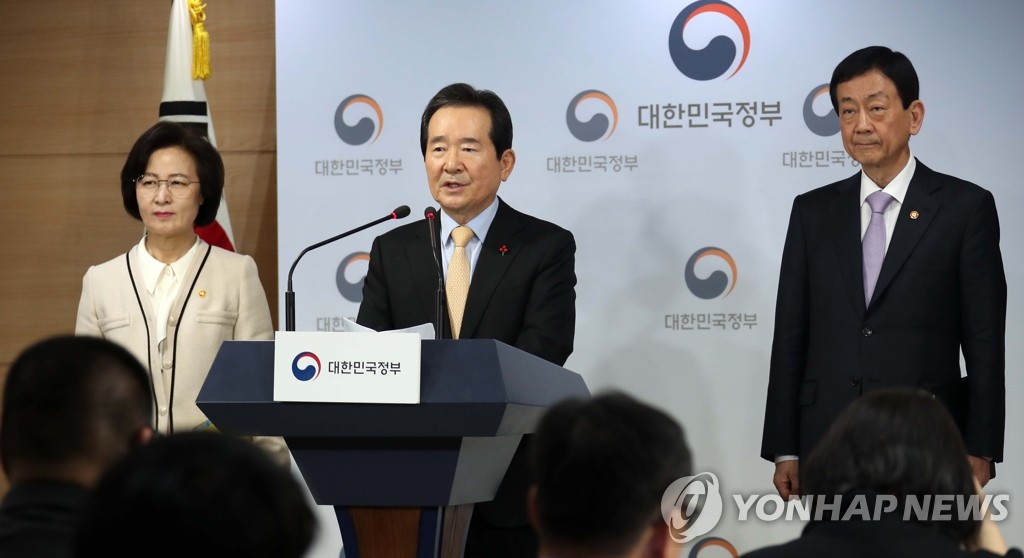