YANGJU, South Korea, Jan. 31 (Yonhap) -- A fire caused by an explosion broke out at a leather processing factory north of Seoul on Friday, killing at least two and injuring eight others, fire fighters said.

The accident occurred at 11:25 a.m. at the factory in Yangju, 25 kilometers north of Seoul, according to the fire service.

The eight injured people, including four foreign workers, were taken to a nearby hospital. Two of them are said to be seriously wounded.

A total of 13 people, including one who was believed to have gone missing, were safely evacuated from the scene.

Fire fighters said the explosion appears to have occurred in a room housing a boiler in the factory.

The authorities are investigating the exact cause of the accident. 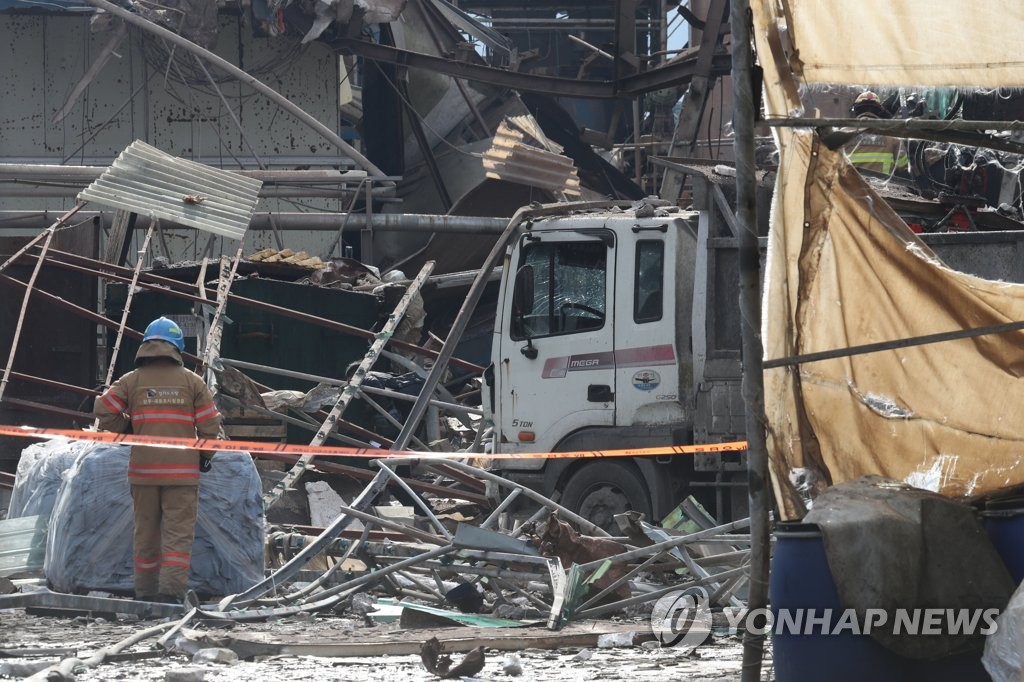 Explosion at leather factory kills at least 2, injures 8 others

Explosion at leather factory kills at least 2, injures 8 others