INCHEON, Feb. 1 (Yonhap) -- Some baseball players couldn't care less about their stats. But Lee Jung-hoo, the young hitting machine in the Korea Baseball Organization (KBO), knows exactly what his numbers are each year.

That's not to say the 21-year-old outfielder for the Kiwoom Heroes is all about personal glory. He just has the acute self-awareness of where he stands and where he needs to improve, so that he can ultimately help his club, the Kiwoom Heroes. "My goal this season is to get better in every aspect," Lee said Friday at Incheon International Airport, west of Seoul, before departing for Chinese Taipei to start spring training. "And I think it's doable."

In 2019, Lee finished second to Jose Miguel Fernandez of the Doosan Bears with 193 hits. The all-time single season record for hits is 201 by fellow Heroes' star Seo Geon-chang from 2014, and Lee has set his sight on the milestone.

"This year, I want to get more than 200 hits and also lead the league in hits," Lee said.

Lee, the 2017 Rookie of the Year, has established himself as one of the league's premier contact hitters. He has a career .338 batting average after three seasons. Last year, along with his 193 hits, Lee batted .336 to rank fourth.

Even though he set a new career low with 40 strikeouts in 2019, Lee said he wants to cut down on that number even further.

"I'd like to strike out less and walk more, so my on-base percentage will improve," he said. "And during spring training, I'll try to increase my exit velocity. The harder I can hit the ball, the better chance I'll have of getting a hit or even a home run."

Asked if the increase in salary adds pressure, Lee shrugged and said, "I am just thankful that the team gave me such a great contract, and I was able to just sign the papers and start focusing on preparing for the new season quickly." 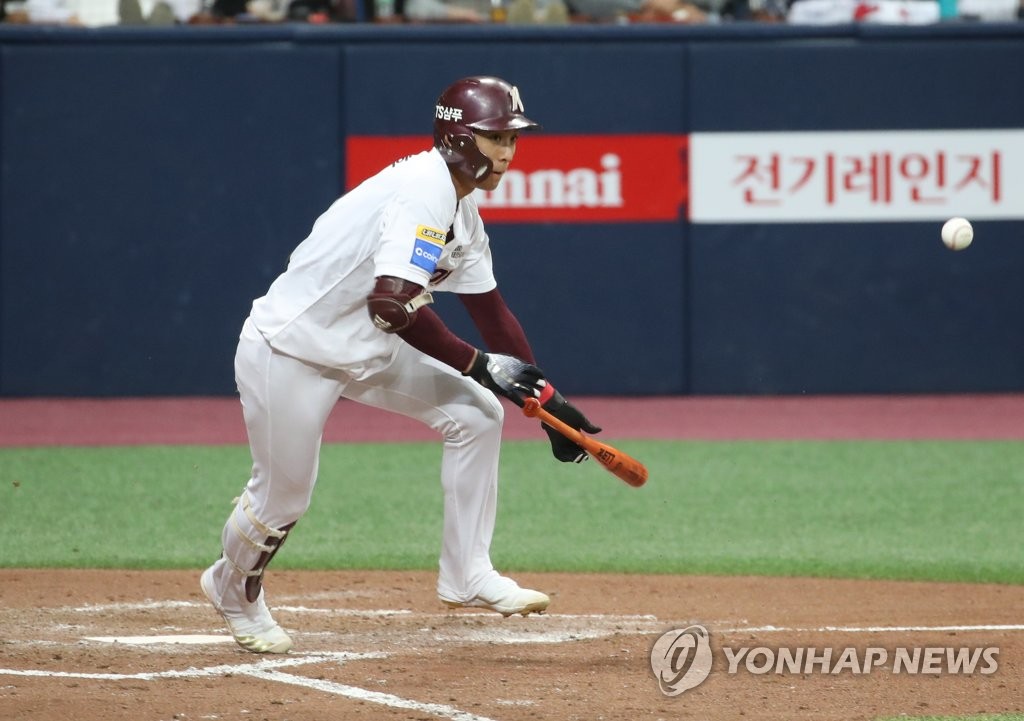