The local stock market got off to a strong start as investors scooped up undervalued shares but turned south after South Korea reported additional coronavirus cases.

The country's health authorities reported four more cases, bringing the total to 11. The virus has killed more than 200 people in China so far and infected nearly 10,000 people across the world. 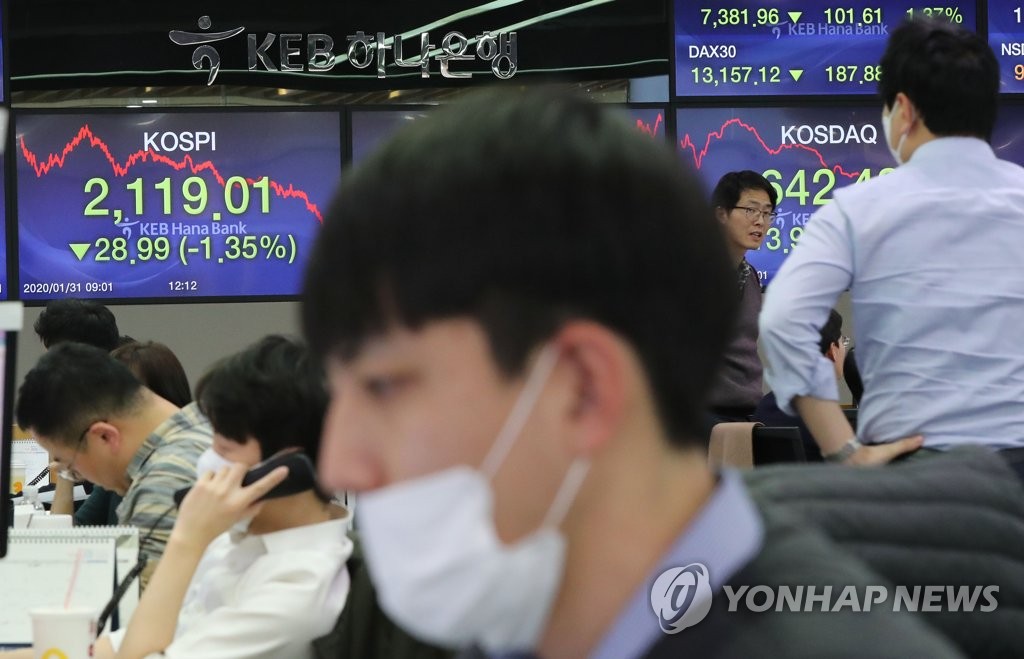 The World Health Organization declared the epidemic in China a public health emergency of international concern, a designation that will trigger more concerted global efforts to curb the spread of the virulent virus.

"The increase in the number of patients infected with the new coronavirus can sour investor sentiment, but we should also watch closely corresponding stimulus measures around the globe," said Seo Sang-young, a researcher at Kiwoom Securities Co.

No. 2 chipmaker SK hynix fell 0.53 percent after the company said it swung to a loss in the fourth quarter from a year earlier due to a slump in the memory chip sector.

Monalisa, a mask producer, increased a whopping 23.05 percent to 9,130 won, as the demand for hygiene products has been running high here.