Moon had a closed-door meeting with Chung at Cheong Wa Dae to receive a briefing on measures to follow up on the passage of bills on reforming South Korea's prosecution and giving police more investigative power. Chung was accompanied by Justice Minister Choo Mi-ae and Minister of Interior and Safety Chin Young.

They also discussed the government's desperate fight against a new type of coronavirus, according to Cheong Wa Dae deputy spokesperson Han Jung-woo.

Moon was quoted as telling Chung that it's necessary to make efforts to minimize public anxiety about the viral disease. 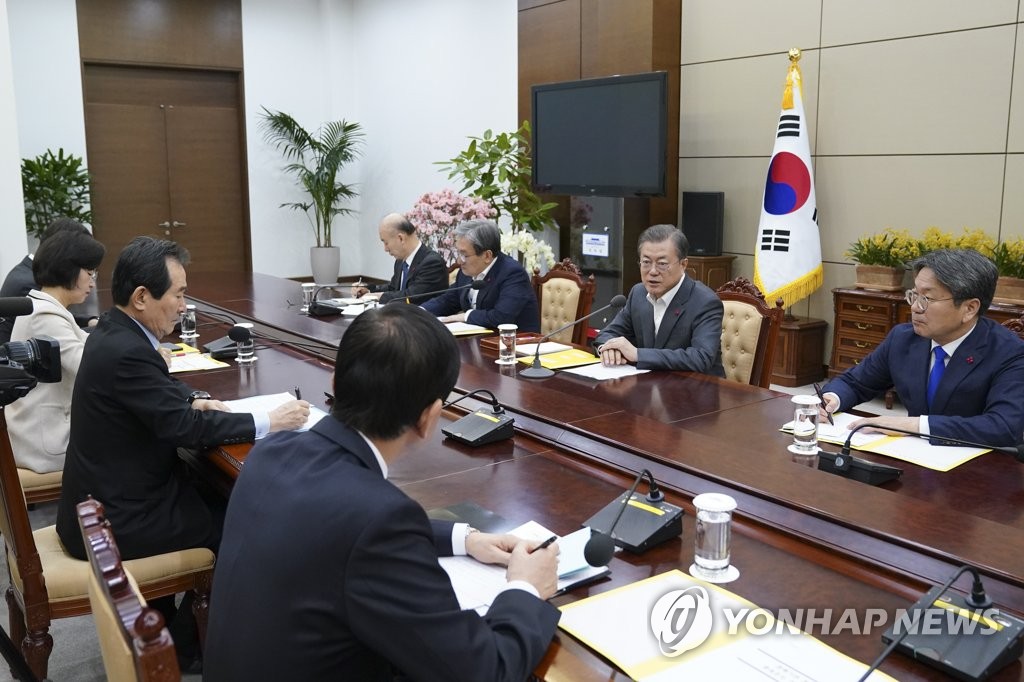 The president stressed that the Cabinet should cope thoroughly with the situation in an emergency mode.

Moon added that he would adjust his schedule for the time being with a focus on responding to the outbreak.

The number of confirmed cases in South Korea was tallied at 11 as of Friday afternoon.

More than 360 South Koreans returned from the Chinese city of Wuhan, known as the epicenter of the virus, earlier in the day on a chartered flight.