SEOUL, Feb. 1 (Yonhap) -- A series of media artworks featuring Korea's traditional heritage, set to be installed by the end of the year, will greet visitors landing at Incheon International Airport, the agency in charge has said.

The Cultural Heritage Administration, the government agency in charge of preserving Korean traditional assets, signed an agreement on implementing the project with Incheon International Airport Corp., the airport's operator, on Friday. 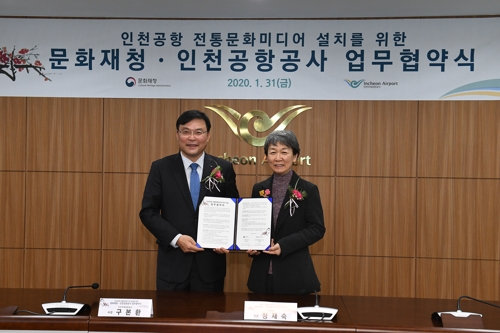 Under the plan, the two agencies will install video works at several spots near the arrival gates and the immigration checkpoint at Terminal 1 of the Incheon airport, the gateway to the country's capital, Seoul.

The heritage administration will be in charge of producing the media arts and music promoting traditional Korean culture, and the videos will be installed before the end of the year, according to the administration.

"The arrival gates are the first gateway to South Korea. ... (The project) is expected to help evoke to visitors the cultural dynamism of Korean heritage through the media works, which will combine cultural heritage content with cutting-edge technologies," the administration said in a statement. 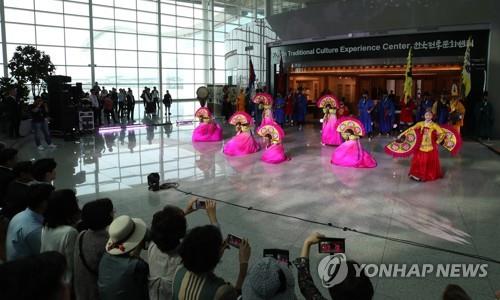