SEOUL, Jan. 31 (Yonhap) -- Foreign Minister Kang Kyung-wha held a dinner meeting with Seoul-based diplomats from the European Union this week to discuss efforts to stem the spread of a new coronavirus, bilateral ties and other issues, the foreign ministry said Friday.

On Thursday, Kang hosted the gathering with more than two dozen diplomats, including EU Ambassador to South Korea Michael Reiterer, and voiced hope for close cooperation between South Korea and the EU through high-level exchanges.

In particular, Kang used the meeting to call for the regional bloc's support for Seoul's efforts to successfully host the second summit of Partnering for Green Growth and the Global Goals 2030 (P4G) in June.

P4G is a Denmark-led global network of government, business and civil society organizations set up in 2017 to advance solutions for delivering on the U.N. Sustainable Development Goals and the 2016 Paris climate agreement.

Ambassador Reiterer reaffirmed the EU's support for Seoul's efforts to establish a lasting peace on the divided Korean Peninsula, while expressing hope for expanded cooperation in such areas as climate change, the ministry said in a press release. 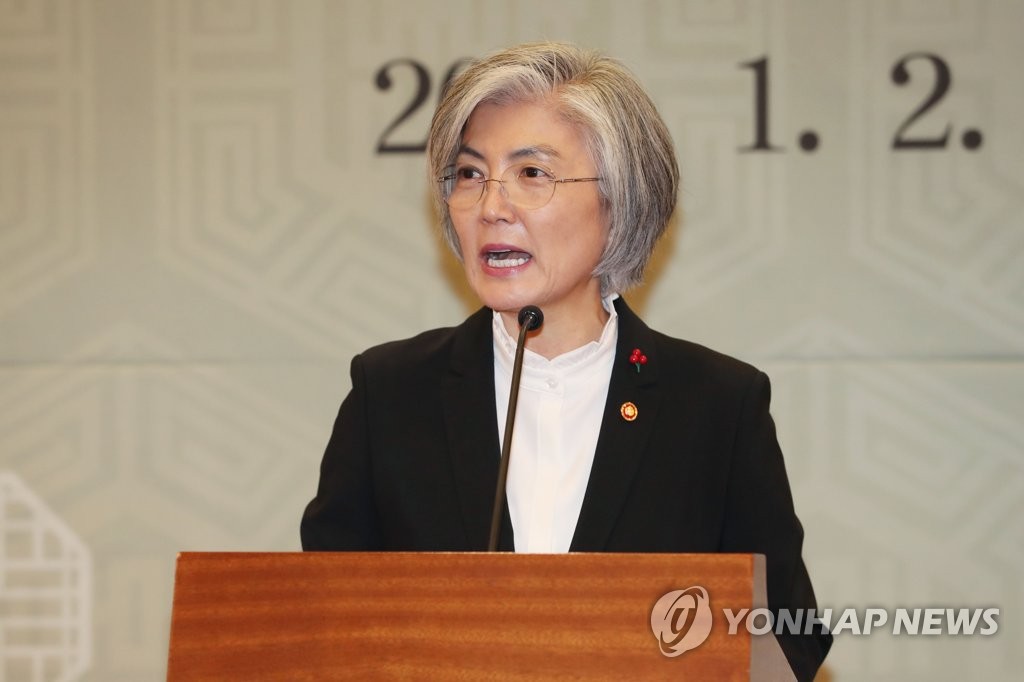