The upcoming consultations are part of a dispute settlement process under rules set out by the World Trade Organization (WTO).

In November 2018, Japan filed a complaint with the WTO, claiming that South Korea violated existing regulations by providing subsidies to its shipbuilders, resulting in damage to the Japanese industry.

In December 2018, the two sides met in Seoul but failed to narrow their differences on the issue.

Still, Japan did not request the establishment of a panel at the WTO Dispute Settlement Body to look further into the case -- a customary procedure in case the two sides fail to find common ground -- for more than a year.

The Japanese move was seen as Tokyo suspending its complaint.

But on Friday, Japan called for talks with South Korea over the subsidy issue.

South Korea's Ministry of Trade, Industry and Energy said the Japanese argument is groundless and made clear the measures it took are in line with international norms. 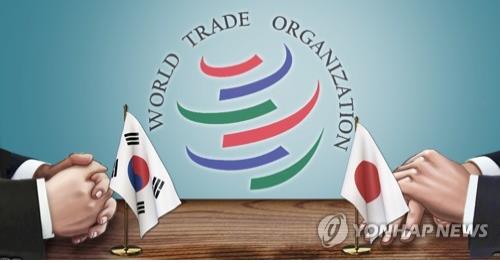 Japan calls for talks with S. Korea over alleged subsidies for shipbuilders

Japan calls for talks with S. Korea over alleged subsidies for shipbuilders