The benchmark Korea Composite Stock Price Index (KOSPI) has fallen 5.8 percent since Jan. 17, the last session before the country reported its first case of the novel virus.

The virus has killed more than 300 people in China so far, with the number of those infected nearly 15,000. Fifteen cases had been reported in South Korea as of Sunday. 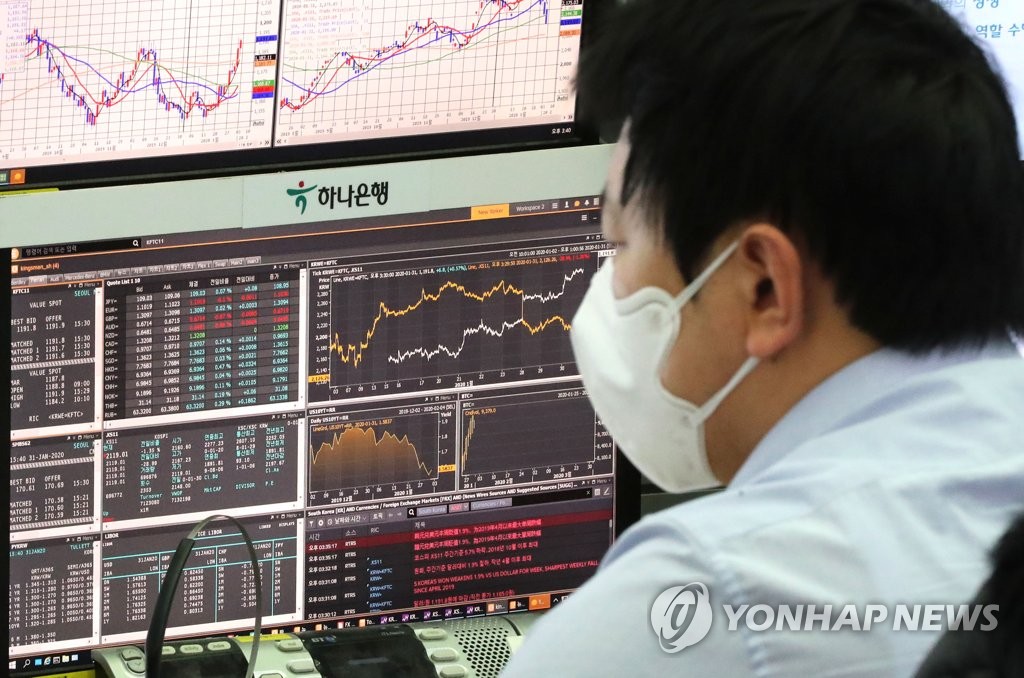 Airline operators, which already have been suffering from a boycott of Japanese goods and services here amid the monthslong Seoul-Tokyo trade feud, dropped nearly 12 percent on average.

Analysts said the stock market may face a further slump if economic fallout from the virus worsens.

South Korea has been claiming the novel virus has not had a significant impact on its economy yet, although it will continue to monitor the global economy and financial markets, and take preemptive action if necessary.

The central bank also hinted it is not considering rate cuts at the moment to cope with the growing economic uncertainties stemming from the virus.