The Korea Football Association (KFA) said Cho has suffered a right ankle sprain and will not compete in the third round in the Asian qualifying for the 2020 Tokyo Olympics.

Coached by Englishman Colin Bell, South Korea will host Myanmar at Jeju World Cup Stadium in Seogwipo, the southern resort island of Jeju, at 7 p.m. Monday to kick off Group A action. South Korea will then face Vietnam next Sunday at the same venue. 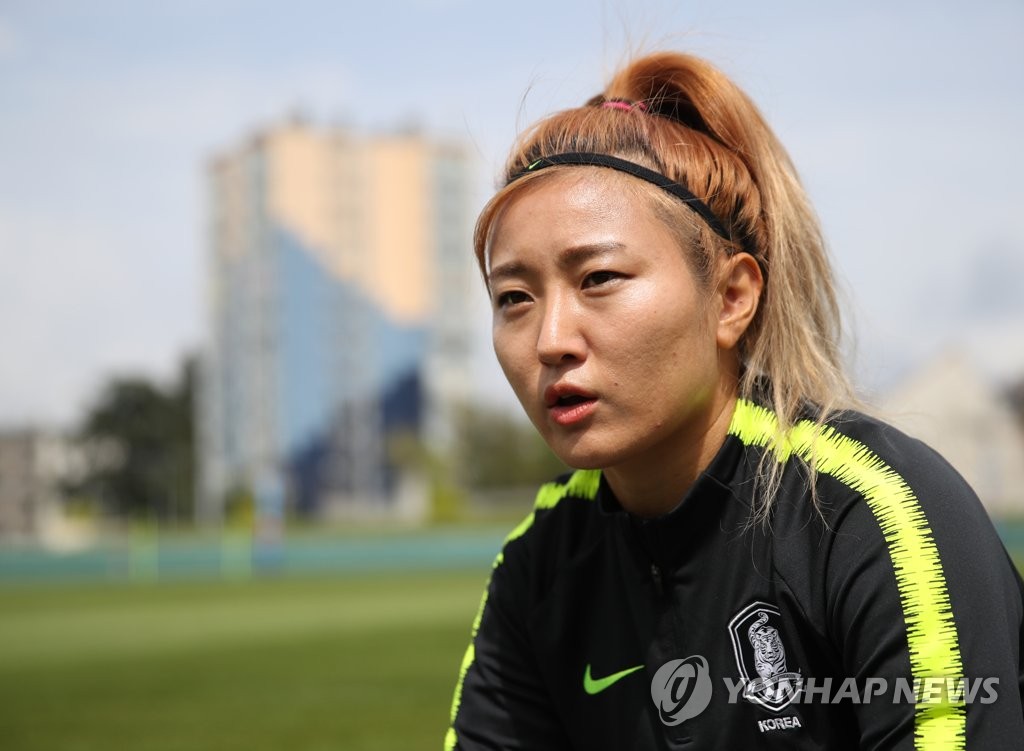 Only the victorious teams from these two series will compete at Tokyo 2020.

Cho, who plays for West Ham United FC Women, captained South Korea at the past two FIFA Women's World Cups, in 2015 and 2019. The 31-year-old midfielder has 126 caps, which would have been the most on this iteration of the national team.

The KFA said a 19-year-old collegiate midfielder Park Hye-jeong will take Cho's spot on the team. Park has appeared in nine matches for the under-20 national team but has yet to play for the senior squad.

In another bit of injury-related news Sunday, defender Eo Hee-jin was dropped from Bell's team with a right calf contusion. Kim Hye-yeong was named as her replacement.

Women's football joined the Olympics in 1996, and South Korea, dubbed the Taeguk Ladies, have never played at the quadrennial event.