Since 2017, SK Energy has spent 1 trillion won (US$837 million) on building the vacuum residue desulfurization (VRDS) facility, with a capacity of 40,000 barrels of low-sulfur fuel oil a day, in Ulsan, a southeastern port city, to cope with stringent regulations on ship fuel.

Starting this year, the International Maritime Organization (IMO) regulations on sulfur content in marine fuel are in effect, limiting the sulfur cap of marine fuel to 0.5 percent from the current 3.5 percent.

To get benefits from IMO 2020, local refiners have been beefing up their desulfurization and upgrading facilities to produce more low-sulfur petroleum products. 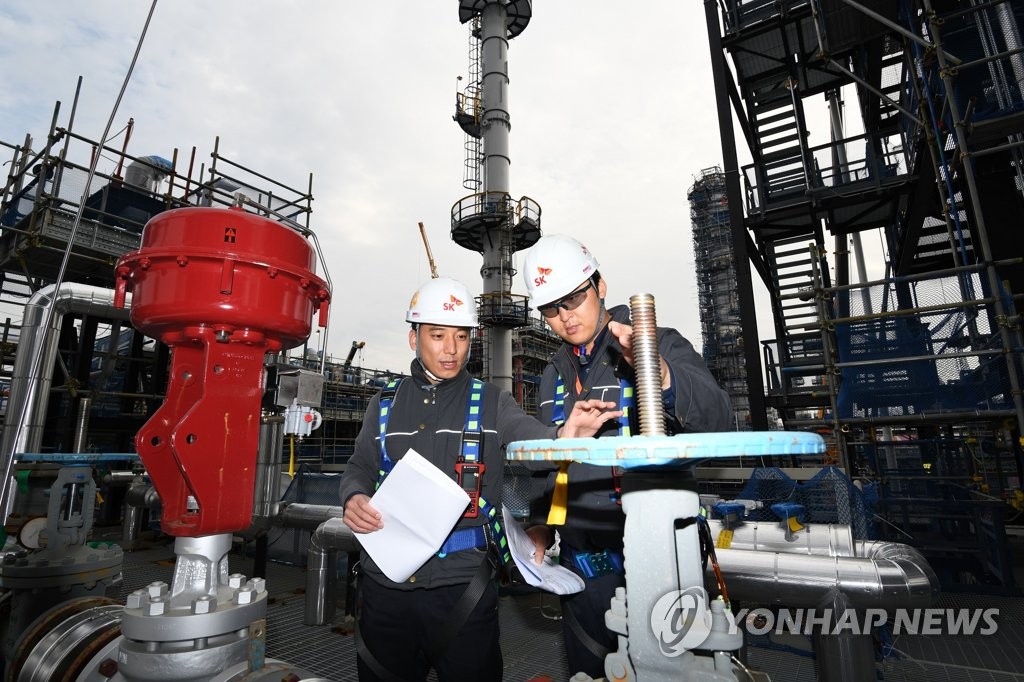