SEOUL, Feb. 2 (Yonhap) -- A South Korean resident has checked himself into a quarantine shelter for evacuees from the coronavirus epicenter in China, in order to take care of his two children who were flown in last week.

According to the Ministry of Interior and Safety, the resident is the father of a 10-year-old and an 8-year-old who arrived on the first of two chartered planes from Wuhan last Friday. Their mother, a Chinese national, wasn't allowed to board the plane, following China's lockdown on its citizens. 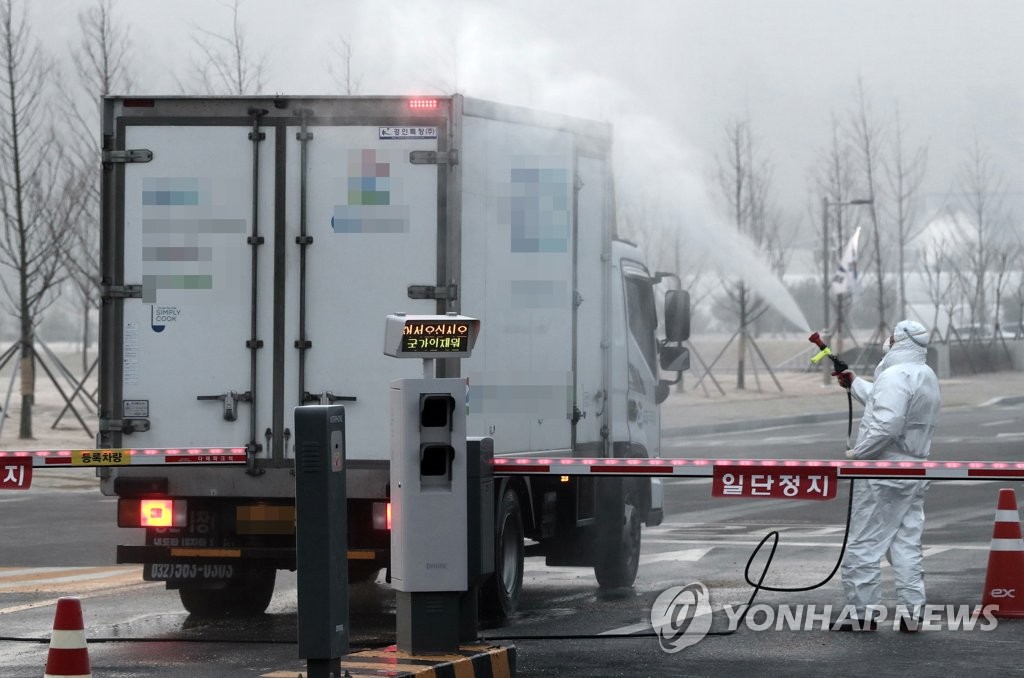 The father and the two children are among 528 being quarantined in Asan, with 173 others staying in Jincheon. Both towns are located south of Seoul.

From the 368 South Koreans on the first chartered plane Friday, 18 showed symptoms after they arrived. Then from the second plane, which carried home 333 on Saturday, seven had symptoms upon landing. All 25 have tested negative, according to the country's quarantine authorities.

The 18 who showed symptoms from the first chartered flight didn't include a 28-year-old man confirmed as the 13th case of the virus Sunday. The man showed no symptoms when he arrived and was sent to the quarantine shelter in Asan with the others Friday. But he fell ill the next day and tested positive. He has since been transported to a hospital in Seoul.

In all, 700 of 701 South Koreans who were flown in from Wuhan have been quarantined in either Asan or Jincheon. They will be released if they show no symptoms of the disease after at least two weeks.

Officials said those at the Asan and Jincheon facilities are being checked twice daily. All of the quarantined have their own rooms, and they're being asked to maintain a distance of two meters when speaking to others, so as to reduce the risk of person-to-person transmission.

Seoul believes there are around 300 South Koreans remaining in Wuhan.

South Korea has confirmed three additional cases of the coronavirus on Sunday, which brought the total to 15.
(END)