The quarantine measures, effective as of Sunday, are for U.S. service members returning from China to South Korea on or after Jan. 19, "out of an abundance of caution to mitigate risk to the USFK population," the military said.

The implementation applies only to U.S. soldiers who reside on or off USFK installations, and the 14-day quarantine, which equals the incubation period for the novel virus, begins from the date an individual returns to South Korea regardless if they display symptoms or not, according to the USFK.

The imposition is in line with the U.S. Health and Human services' announcement of a U.S. public health emergency related to the pneumonia-like illness, as well as the South Korean military's actions of isolating recent returnees from China, it added.

"USFK does not have any personnel who have returned from Wuhan or Hubei province, the epicenter of the novel coronavirus outbreak since Jan. 19," the military said in a release. 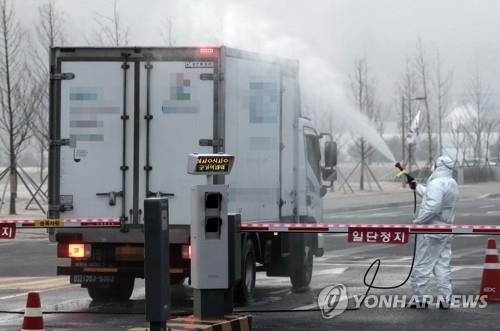 USFK imposes self-quarantine for US service members returning from China

USFK imposes self-quarantine for US service members returning from China