"The new party I am about to create won't be like any other party that's out there," said Ahn, who recently defected from a minor opposition party he co-founded, at a press conference. "With the new party, I'll try to overcome differences in ideologies and blocs, and shatter the old framework. I'll look to rescue irresponsible politics." 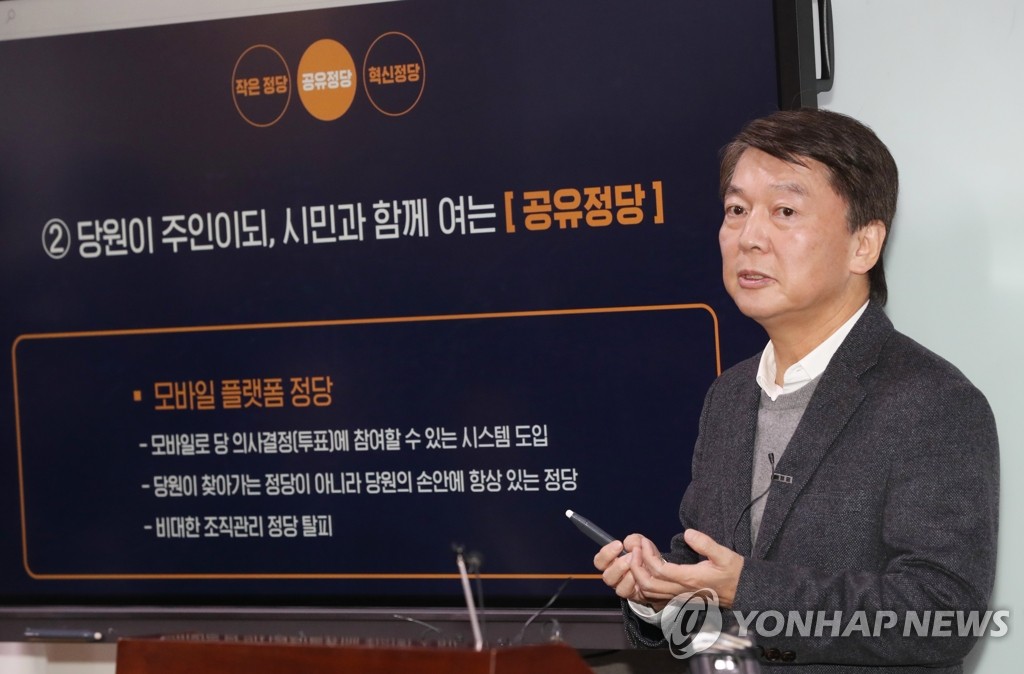 Asked about his motive behind founding a new party, Ahn said he thought it would be "impossible" to go down the new path while staying with an old party.

Ahn, 57, said his party will take the "pragmatic and moderate" line and will do away with regionalism that has long defined South Korean politics.

Ahn said his new party will be "a small but capable" one that works with outside research institutions and experts to build policies.

"In Estonia, the national administrative system was built on the base of blockchain, and we'll try to adopt a similar system," Ahn said. "I think it's up to us to do it the right way, and that'll help reform political parties and change politics."

Last Wednesday, Ahn jumped off the sinking ship that is the Bareunmirae Party (BP), which was on the verge of being split amid his deepening rifts with Sohn Hak-kyu, the incumbent party chief, over reform measures.

Ahn has said he will not run in the April 15 parliamentary elections. 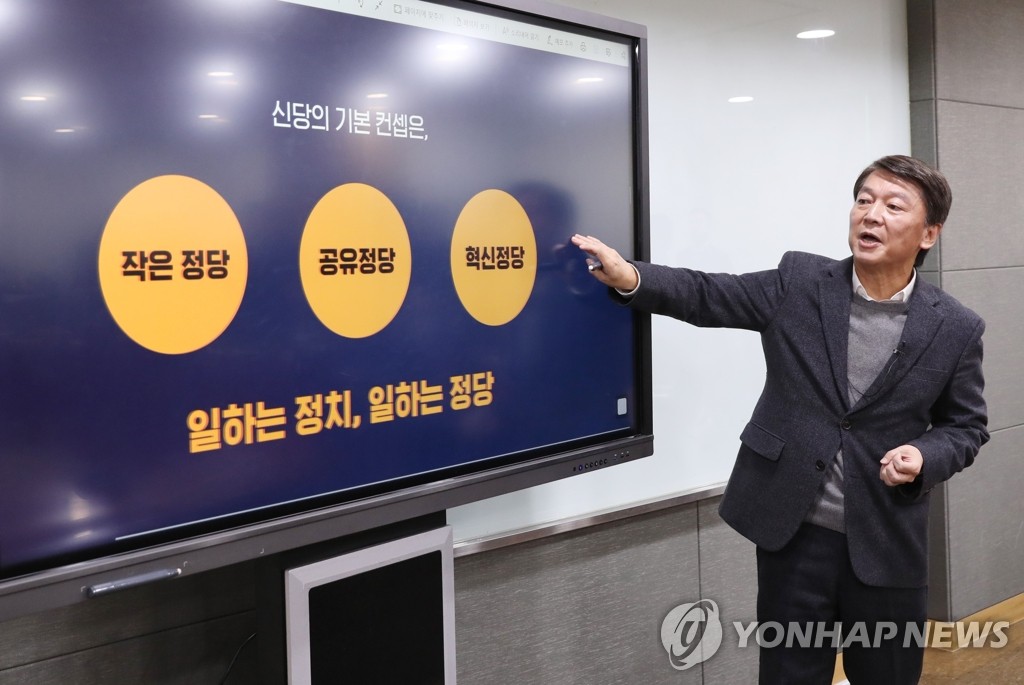 Ex-presidential candidate Ahn says his new, moderate party will be 'different' than others

Ex-presidential candidate Ahn says his new, moderate party will be 'different' than others