INCHEON, Feb. 2 (Yonhap) -- Toronto Blue Jays' South Korean pitcher Ryu Hyun-jin left the country Sunday for his first spring training with his new club in a new state, confident in his ability to deliver the goods with a clean bill of health.

After spending seven years with the Los Angeles Dodgers, Ryu signed a four-year, US$80 million free agent deal with the Blue Jays in December. In 2019, Ryu, who led all of baseball with a 2.32 ERA, finished runner-up in the National League (NL) Cy Young Award voting.

As a Dodger, Ryu had his spring training in Glendale, Arizona. He'll prepare for his first season with the Jays in Dunedin, Florida, with pitchers and catchers set to report by Feb. 12. 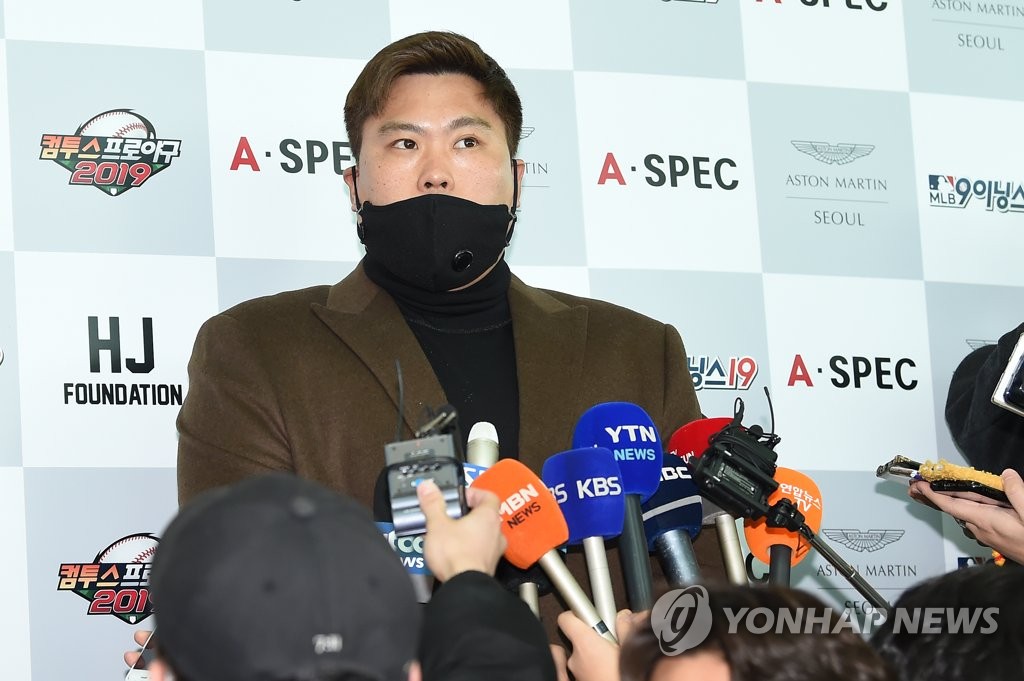 Ryu said he'll first spend about three days in Los Angeles to take care of some unfinished personal business and will arrive in Dunedin, on the west coast of Florida, a few days before the reporting date.

"I feel great. Things have been going smoothly so far," Ryu told reporters at Incheon International Airport, west of Seoul. The left-hander threw off flat ground during his personal camp in Okinawa, Japan, last month.

"I'll try to increase my velocity during spring training games," Ryu added. "As long as I can stay healthy, I should be able to pitch well."

Health has always been an issue for Ryu, who missed all of 2015 and then made only one start in 2016 with shoulder and elbow problems. Ryu has also been sidelined with injuries to his legs, groin, hip and neck.

The 32-year-old stayed off the injured list for an extended stretch in 2019, when he made 29 starts and threw 182 2/3 innings, both the second-highest totals of his career.

As the highest-paid pitcher in Blue Jays' history, Ryu will almost certainly be the club's Opening Day starter in March and will remain at the top of the rotation for the season. Ryu acknowledged expectations placed on his shoulders are higher than before, and he'll try to live up to them.

"Even though I am joining a new team, my preparations haven't changed," he said. "I threw the ball and worked out the same way. And my approach will stay the same in Florida. I hope I can stay healthy for the whole year." 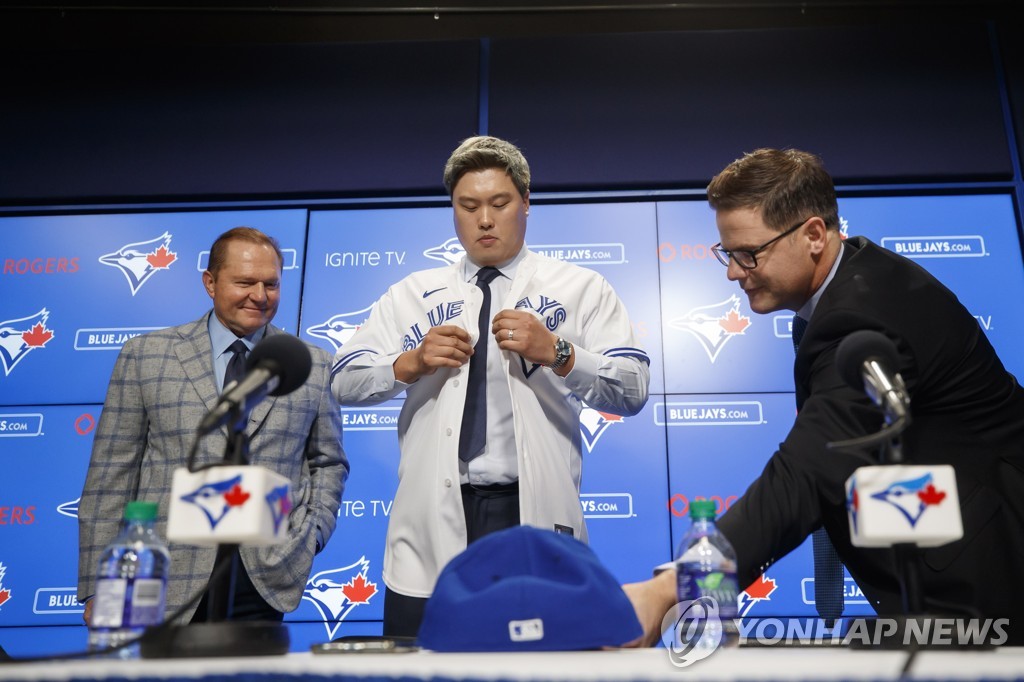