INCHEON, Feb. 2 (Yonhap) -- Since he signed his first major league deal with the Los Angeles Dodgers in late 2012 as a 25-year-old, South Korean pitcher Ryu Hyun-jin has received help from veterans along the way.

Now entering his age-33 season with the Toronto Blue Jays, Ryu feels the time has arrived for him to pay it forward.

"I feel like I should now start helping out younger players," Ryu told reporters at Incheon International Airport, west of Seoul, on Sunday, before departing for his first spring training with the Blue Jays.

Ryu noted that in the United States and Canada, there isn't such a strict hierarchy among teammates based on their age and experience, and said he'll try to keep his arms and ears open. 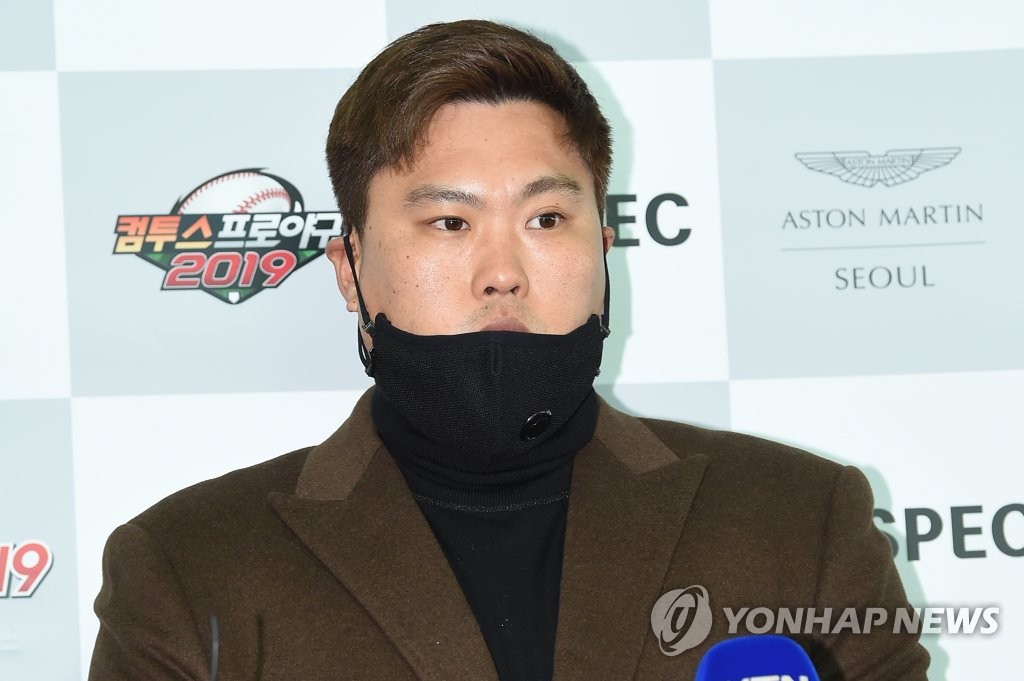 "When it comes to preparing for games or managing things on the mound, I think I can help out," Ryu added. "I'll try to be helpful when I can and be friendly with my teammates."

When he reports to the Jays' camp on Feb. 12, Ryu will have at least a couple of young hurlers ready to pick his brain. Fellow left-hander Ryan Borucki, 25, has said he planned to ask Ryu about his cutter. And right-hander Trent Thornton, 26, said he started studying Ryu's repertoire as soon as the South Korean signed with Toronto in December. Thornton hopes to speak to Ryu about the veteran's bread-and-butter pitch, his changeup.

As the reigning major league ERA champion (2.32) and the National League (NL) Cy Young Award runner-up, Ryu brings more than just wisdom to the table. MLB.com on Sunday ranked Ryu as the fifth-best starting pitcher in the majors at the moment, behind three multiple Cy Young winners, Jacob deGrom (No. 1), Justin Verlander (No. 2) and Max Scherzer (No. 4), and the 2019 major league strikeout leader Gerrit Cole (No. 3).

Ryu, the highest-paid pitcher in Blue Jays' history with a four-year, US$80 million deal in the bags, will likely be named the Opening Day starter, barring injury during spring training. But Ryu said he's not paying attention to preseason accolades and expectations.

"Nothing has been set (as far as the Opening Day assignment), and I have to prove my worth," Ryu said. "When people say I am the ace in Toronto, I don't take that seriously. I just have to go out there and pitch really well. I hope I can stay healthy for the whole year." 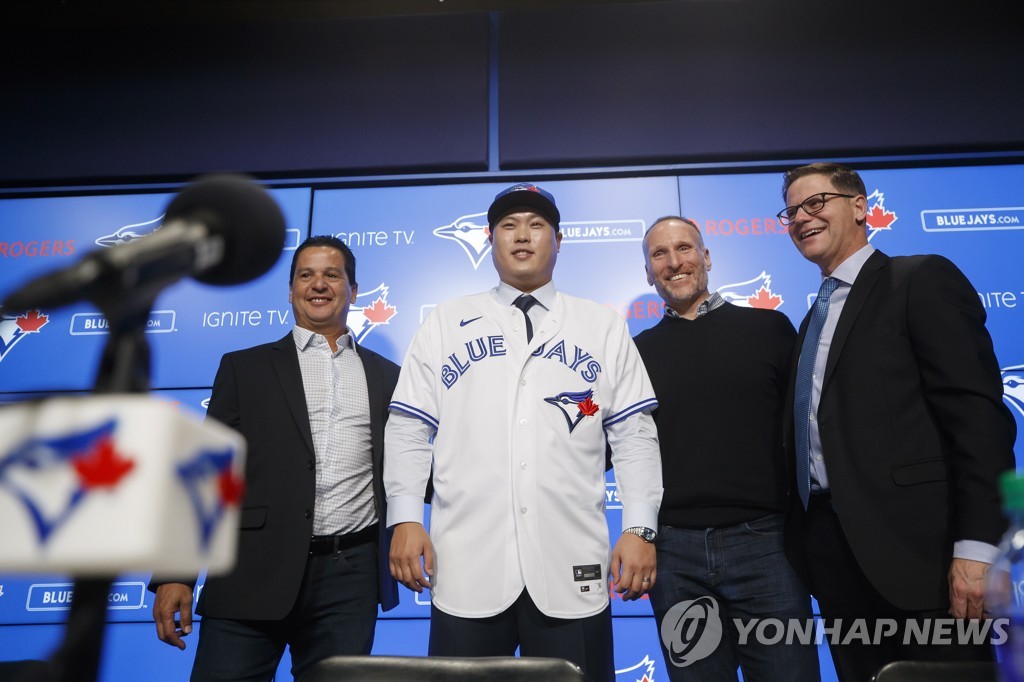 In addition to switching teams and countries in 2020, Ryu will also be moving from one of the best pitchers' parks in Dodger Stadium to one of the top hitters' parks in Rogers Centre.

In the oft-brutal American League East, the Jays will be facing the New York Yankees and the Boston Red Sox, two of the top run producers in 2019, 19 times each this year.

"But baseball is mostly the same, and I don't think it'll be that much different than pitching in the NL West (with the Dodgers)."

Ryu said he won't announce any statistical goals for 2020, with his focus solely on staying healthy. Before the 2019 season, Ryu spoke openly about his bid to win 20 games, though he said Sunday it was all blown out of proportion.

"What I meant to say last year was that I wanted to stay healthy long enough so that I could have a chance to win 20 games," said Ryu, who ended up winning 14. "This year, I won't set any numerical goals, and I'll only think about my health."