At the ceremony of the BAFTA Film Awards held at London's Royal Albert Hall on Sunday (British time), the awards of best original screenplay and best film not in the English language were given to "Parasite," which was nominated in six categories, including best film and best director.

It is the second time that a South Korean-made movie won an award at the BAFTAs following Park Chan-wook's "The Handmaiden," which won the best film not in the English language in 2018.

In the best original screenplay section, "Parasite," co-written by Bong and Han Jin-won, beat Rian Johnson of "Knives Out," Noah Baumbach of "Marriage Story" and Quentin Tarantino of "Once Upon a Time in Hollywood."

The Korean film also overshadowed four other candidates for the best non-English language film honor -- "The Farewell" by Lulu Wang, "Pain and Glory" by Pedro Almodovar, "Portrait of a Lady on Fire" by Celine Sciamma and "For Sama" by Waad Al-Kateab.

Meanwhile, the war drama "1917" directed by Sam Mendes picked up seven awards, including best picture and best director at the BAFTA Awards.

Joaquin Phoenix was voted best actor for his performance in "Joker," while Renee Zellweger won best actress for "Judy."

It won the best foreign language film honor at the Golden Globes Awards in January, following a series of trophies bestowed by U.S. film critics associations.

The film is nominated in six categories, including best picture and best director, at the Oscars slated for this coming Sunday. 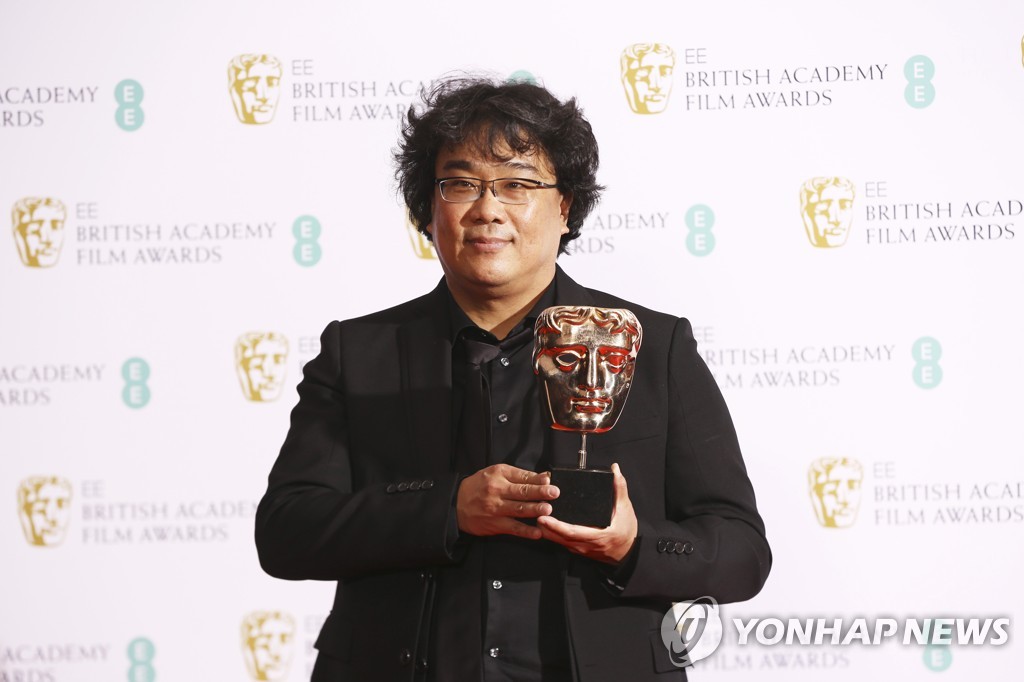