Household debt in Asia's fourth-largest economy accounted for 95.1 percent of the country's GDP as of end-September last year, up 3.9 percentage points from a year earlier, according to the data by the Institute of International Finance.

The growth rate was the second highest among 34 major countries in the world, including nations in the eurozone. 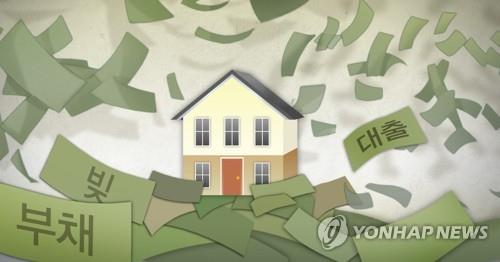 South Korea's ratio of non-financial firms' debt to GDP came to 101.6 percent as of end-September, up 6.3 percentage points from a year earlier and the second-highest on-year gain after Brazil's 7.5 percentage points.

Due to the fast increase of household and corporate debts, South Korea's ratio of total debt to GDP climbed at the fastest pace among the 34 nations over the one-year period.

The data also showed the world's debt totaled US$252.6 trillion as of end-September, up $9.6 trillion from a year earlier, with the tally forecast to top $257 trillion at the end of the first quarter this year.
(END)