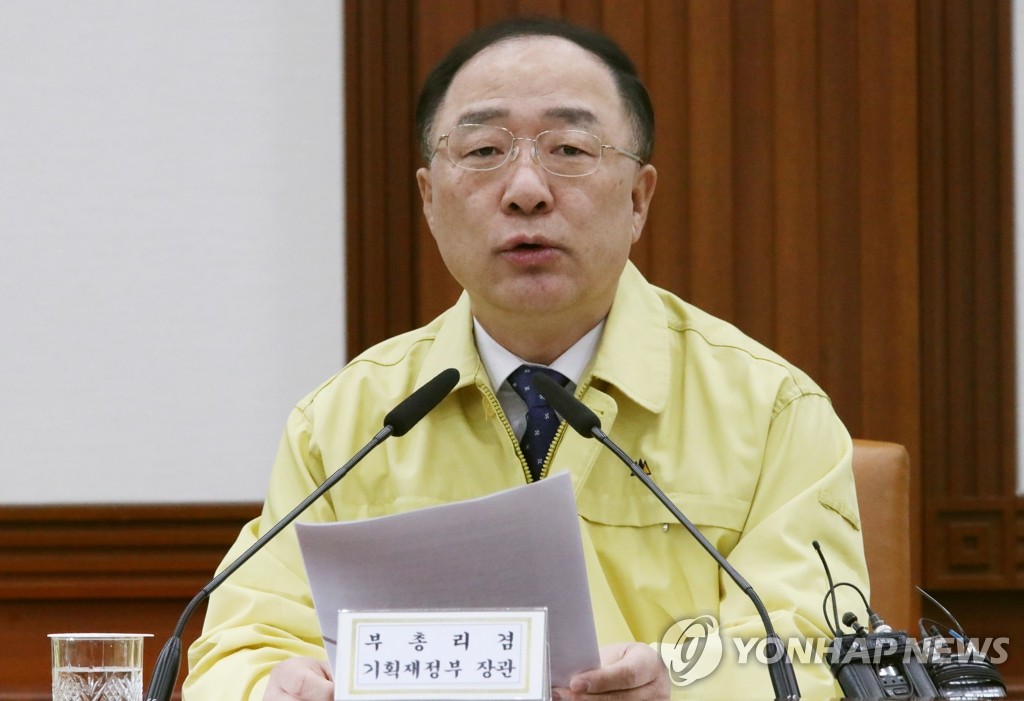 South Korea has 15 confirmed cases of the virus, believed to have originated in the Chinese central city of Wuhan. The virus has killed more than 360 people in China's Hubei province, where Wuhan is the capital city.

Concerns are growing about the economic fallout from the coronavirus outbreak in China at a time when Korea's economy is struggling to regain its recovery momentum.

Hong told reporters that the government has not been considering drafting a supplementary budget, but it is closely monitoring how the virus will affect both exports and local consumption.

"China is closely related to our economy and the global economy. So, the government is reviewing economic impacts (of the virus outbreak) on both exports and consumption," Hong said.

The government will announce new measures to support exports by the end of this month, Hong said.

"The government will take all-out measures to maintain the momentum of an economic recovery while trying to minimize economic impacts from the new coronavirus," Hong said.

Hong warned against "speculative" currency trading, saying that the government will take firm stabilization measures if such transactions are detected.

As the number of foreign tourists plunged, the government is likely to draw up new measures to support local tourism, food and accomodation sectors, Hong said.