During the four-day official visit at the invitation of Indian Defense Minister Rajnath Singh, Jeong will also attend DEFEXPO 2020, one of Asia's largest defense expos, set for Feb. 5-9 in the Indian city of Lucknow, according to his ministry.

"During the visit, the two ministers will hold talks to discuss ways to strengthen cooperation in their defense and arms industry fields," the ministry said in a release.

The defense expo is expected to bring together some 700 companies from around 30 countries across the world, including 12 South Korean firms, according to the ministry. 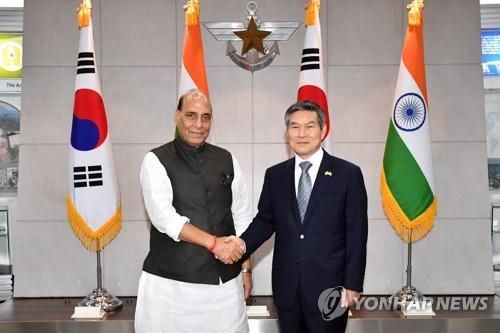