The U.S. commander arrived in South Korea on Sunday for a five-day trip.

On Monday, Aquilino visited South Korea's Fleet Command in the southern port city of Busan and met with commander Vice Adm. Lee Seong-hwan, the Navy said in a release.

During the planned talks Tuesday, Sim and Aquilino will discuss ways to establish and maintain a stronger combined posture and further deepen cooperation between the two sides.

While in South Korea, Aquilino also plans to have a meeting with Joint Chiefs of Staff Chairman Gen. Park Han-ki and visit the 2nd Fleet headquarters in Pyeongtaek, Gyeonggi Province, where the Cheonan warship, torpedoed by North Korea in 2010, is in dry dock, according to the Navy. 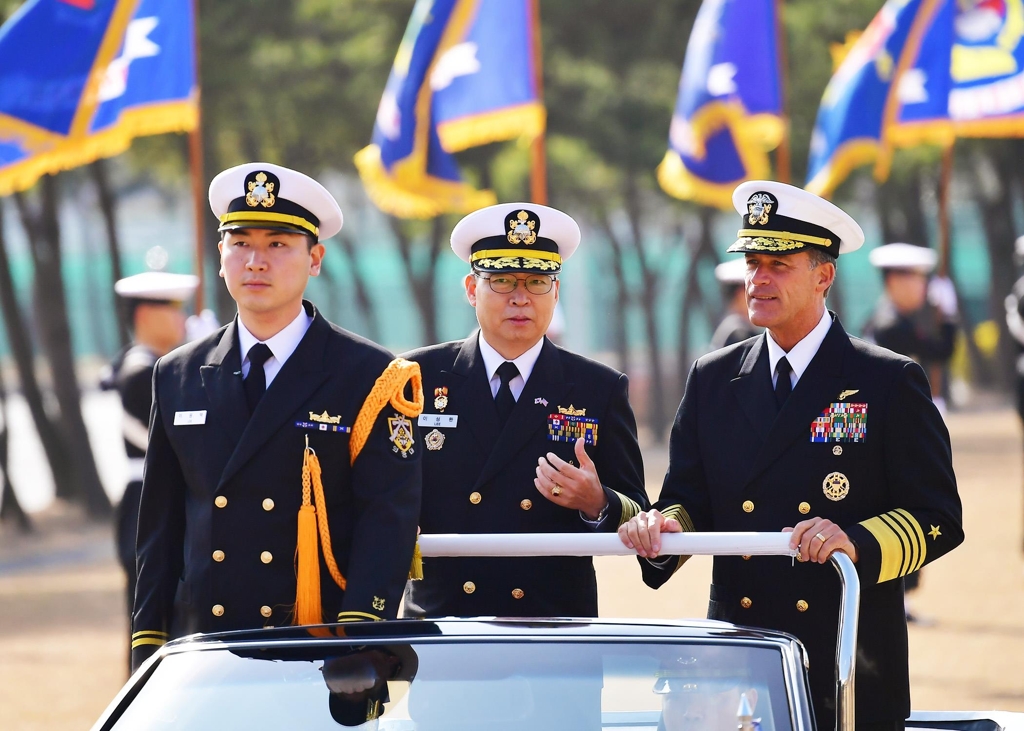