(ATTN: UPDATES with more info in paras 6-9)
By Kim Han-joo

SEOUL, Feb. 3 (Yonhap) -- A string of major retailers, including duty-free shops and hypermarket chains, across the country have temporarily shut down some of their stores, industry sources said Monday, stoking concerns that China coronavirus outbreak could affect consumer confidence in the sector.

Lotte Duty Free, another major player here, also shut down its outlet on Jeju Island starting late Sunday after it was confirmed that another Chinese patient had visited the outlet last month. 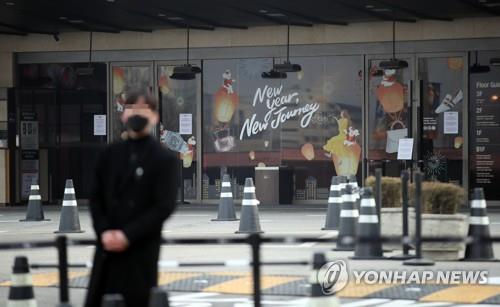 Lotte later announced it will reduce opening hours of four other duty-free shops, including its main location in Myeongdong, central Seoul. The Myeongdong store is normally open until 9 p.m., but starting on Tuesday, doors will be shut at 6:30 p.m. Two other Seoul shops, at COEX and at Lotte World Tower, will also be closed at 6:30 p.m., two hours earlier than normal. One other Lotte duty-free location in Busan, 450 kilometers southeast of the capital, will close at 6:30 p.m., instead of 8 p.m.

Shinsegae, another big retailer, will follow suit. Beginning Tuesday, its two Seoul shops, in Myeongdong and in Gangnam, southern Seoul, will stay open from 9:30 a.m. to 6:30 p.m, instead of the usual 9 a.m. to 8:30 p.m. slot.

Hours at Shilla IPark Duty Free in Yongsan, central Seoul, have been cut by two hours, and it will now be closed at 6:30 p.m.

Meanwhile, the department store AK Plaza in Suwon, 45 kilometers south of Seoul, will reopen for business on Tuesday. AK Plaza closed its doors on Monday after learning that the wife of the 15th confirmed patient had worked there, but she has since tested negative for the virus. 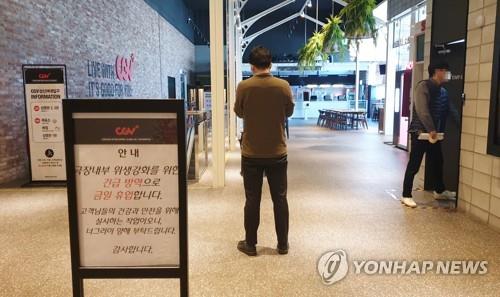 Amid increasing concerns over further spread of the virus, the country's three major department stores suffered decreased sales over the weekend, compared to a year earlier.

Lotte Department Store's sales were down 11 percent compared to a year earlier, according to industry sources.

Shinsegae Department Store reported its sales were down 12.6 percent during the weekend compared to a year earlier, with its Myeongdong outlet reporting a 23.5 percent on-year decrease.

Duty-free stores, which are largely dependent on Chinese vendors, also logged decreased sales at their downtown outlets. Chinese vendors and individual Chinese merchants make duty-free purchases of such products as cosmetics in large quantities and sell them on back home.

The sources said Lotte Duty Free reported around a 30 percent decrease in sales over the weekend. 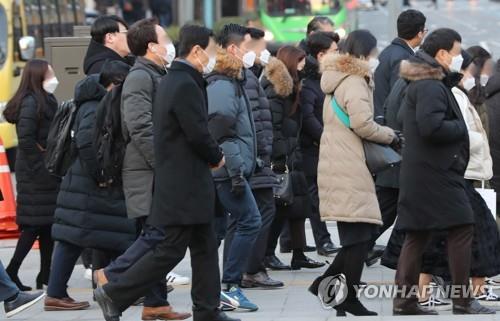