Five years after Kang joined the ballet company in 2003, the dancer who was to take the lead role in "The Sleeping Beauty" got seriously injured just six days before the premier.

Kang, who was a member of the corps de ballet, or the group of non-soloist dancers, was chosen to replace her in the main role and assigned to dance as Princess Aurora for the first time.

"I didn't expect it at all, because I was not the first candidate for a substitute at that time," the ballerina said in a telephone interview with Yonhap News Agency last week. "I took to the stage after six days of practice."

She wasn't afraid of having only six days to get ready for her theatrical debut, but just thought of memorizing and learning the choreography and gestures over the short period of time. 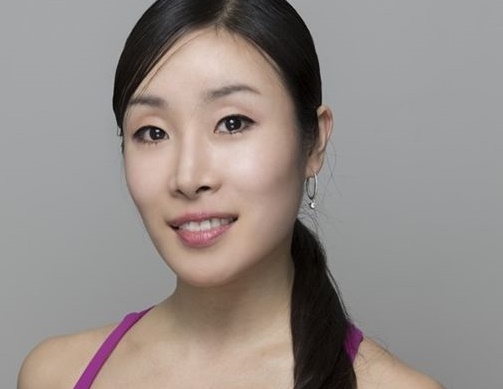 "If I were given two weeks or more, I might have been scared of facing my first starring performance," said Kang, laughing. "But I had no time to be frightened or scared. I was just engrossed in memorizing my part over six days."

She said she couldn't forget the performance that has helped her get further motivation and prompted her to work harder to advance to the rank of the principal dancer at the Stuttgart Ballet in 2011.

"I was lucky to enter the ballet company in 2003 as I got a special admission," said Kang, who was the second South Korean dancer to join the Stuttgart Ballet following Kang Sue-jin who retired in 2016. "But there were so many good dancers in the company and it was so difficult for me to stand out among those well-performing members."

For the first two or three years, she scarcely had opportunities to participate in a project even in a group dancing scene. It was a hard time for the promising South Korean prodigy who won the Prix de Lausanne, a prestigious international competition for young ballet, at the age of 17 in 2002 and was recruited to the more than 400-year-old European ballet troupe a year after. 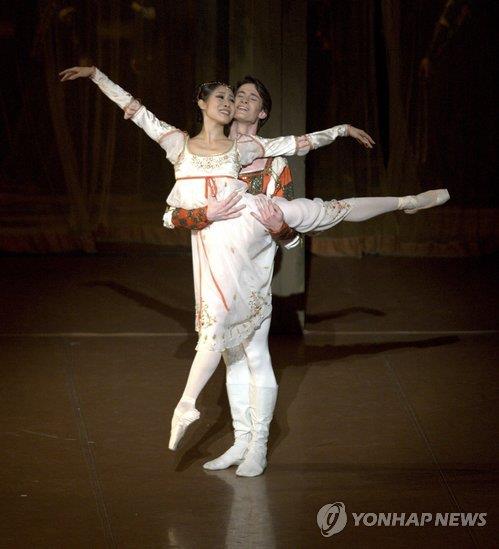 "I'm a shy person. I couldn't appear in public and voice my opinions," she said. "I doubted my ability and even thought of returning home."

But she did not give up there and tie up her ballet shoes, and finally grabbed the fortune when it came to her.

"I was encouraged and happy just because I was given a chance," she said. "The show was amazing, and I've received many calls since then."

She became a diamond of the first water to take lead roles in the company's signature repertoires, including "Onegin," "Romeo and Juliet" and "The Taming of the Shrew."

Kang was promoted to a soloist dancer in 2009 and rose to the principal level in 2011 as fast as her South Korean predecessor Kang Sue-jin, who won the Prix de Lausanne in 1985 and joined Stuttgart a year later.

"She was my idol when I was young. I couldn't imagine working together with her at the same company," she said. "She was like my sister. She encouraged me and comforted me all the time."

Kang will perform at a gala concert in Seoul on Saturday and Sunday along with big-name ballet dancers, including Matthew Golding, a former principal dancer with the Royal Ballet.

"Ballet is part of my life and I can't stop loving it. It's my teacher and gift," she said. "I'm happy for Korean fans and I hope they enjoy the show."