SEOUL, Feb. 3 (Yonhap) -- South Korea said Monday it will adopt more stringent quarantine measures against the new coronavirus by testing those who show symptoms upon arrival and placing those who have been in contact with confirmed cases into self-quarantine.

The measure, to be effective Tuesday, came as the country braces for the further spread of the potentially fatal virus. So far, the country has reported 15 confirmed cases, with 61 potential cases under observation.

The country's health authorities said it will start testing everyone who shows symptoms of the novel coronavirus, regardless of whether they have visited China recently. 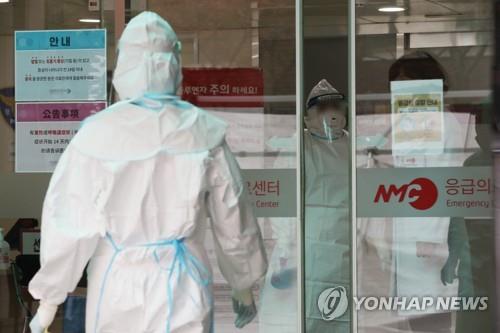 Of the 15 confirmed cases, nine were judged to be those who had come from China, with four others believed to be person-to-person transmission here. One is a Chinese man who is believed to have been infected during a stay in Japan.

The ministry also said it plans to start screening everyone who has been to China in the last 14 days, even if they show no signs of the illness as there are growing worries that those who arrived here symptom-free can unwittingly spread the virus to others.

The move comes as the country said it will start restricting foreigners entering the country from Wuhan, the epicenter of the virus outbreak.

South Korea reported no new cases of the novel coronavirus Monday and said it is conducting tests on 61 people quarantined with potential symptoms of the disease amid concerns over person-to-person transmissions.