Eight people are still working at the South Korean consulate general in Wuhan, the epicenter of the deadly virus outbreak under lockdown, including Vice Consul General Lee Kwang-ho serving as interim head of the mission, according to the foreign ministry. 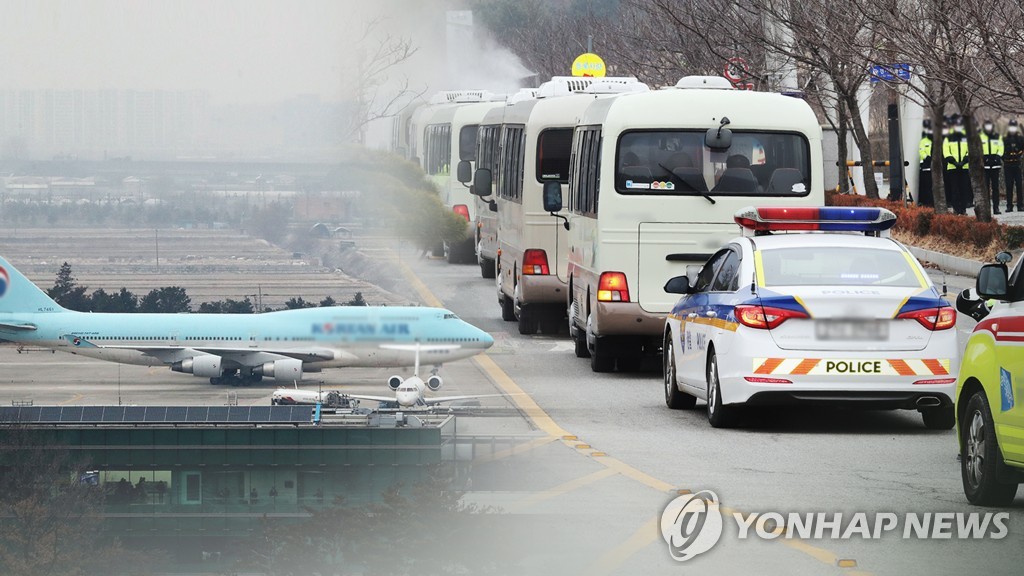 The decision appears in line with those of other foreign countries, like the United States and Britain, which have instructed non-emergency government officials and their families in Wuhan to leave the country, while having the rest of employees continue their duties.

According to the foreign ministry, there are 200-300 South Korean nationals and their families in Wuhan and in the vicinity of the city. The government plans to send them more stocks of relief goods that are running out fast, such as masks, and is receiving requests from the residents to determine the demand, a posting on the Wuhan consular office's website showed later Monday.

"We're working with China through diplomatic channels to send other additional items as we continue to closely monitor the situation there," a ministry official said.

Currently, Seoul has imposed such a travel alert, the second highest in its four-tier travel warning system, on Hubei province.

(2nd LD) S. Korea has no plan to pull consular staff out of Wuhan: official

(2nd LD) S. Korea has no plan to pull consular staff out of Wuhan: official