SEOUL, Feb. 3 (Yonhap) -- The Air Force said Monday that it has decided not to participate in an upcoming international airshow in Singapore as part of precautions against the new coronavirus.

The Air Force's Black Eagles had planned to take part in the biennial Singapore Airshow 2020 from Feb. 11-16, but decided not to do so and notified Singapore of the decision, according to the military.

"It is part of efforts to prevent the spread of the novel coronavirus and to guarantee the safety of service personnel," the Air Force said in a release.

The air show is expected to bring together more than 1,000 companies from 50 countries, as well as around 55,000 trade participants, according to its organizer. 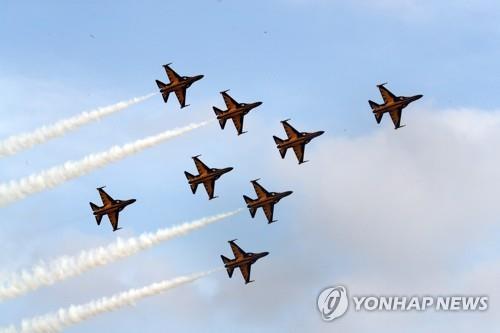