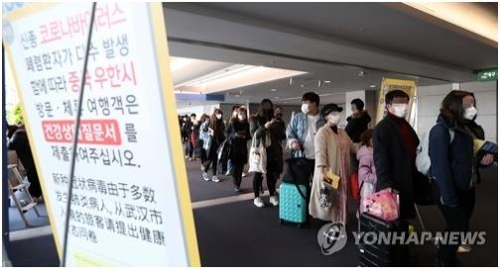 The KCDC said that it has released 45 people quarantined because they had contact with the country's first confirmed sufferer of the new coronavirus.

Officials said the woman's condition has improved and that she's now able to carry out daily functions.

This patient has since tested negative in consecutive tests. Typically, those diagnosed with infectious diseases are considered fully recovered if they test negative twice within a 24-hour span. Health authorities here are gathering expert opinions on whether to apply the same standard to the coronavirus cases or to establish new criteria.