SEOUL, Feb. 3 (Yonhap) -- President Moon Jae-in on Monday emphasized the need for South Korea to provide China with every possible support in its fight against a new coronavirus, reaffirming his administration's commitment to all-out "preemptive" efforts to contain it.

He added related travel restrictions, announced by his government a day earlier, were "inevitable" to protect the people here against the fast-moving virus.

"The (current) situation may be just a start. We don't know how much more it will spread and when it will end," Moon said, speaking at the outset of his weekly meeting with senior Cheong Wa Dae aides. His opening remarks were open to pool reporters. 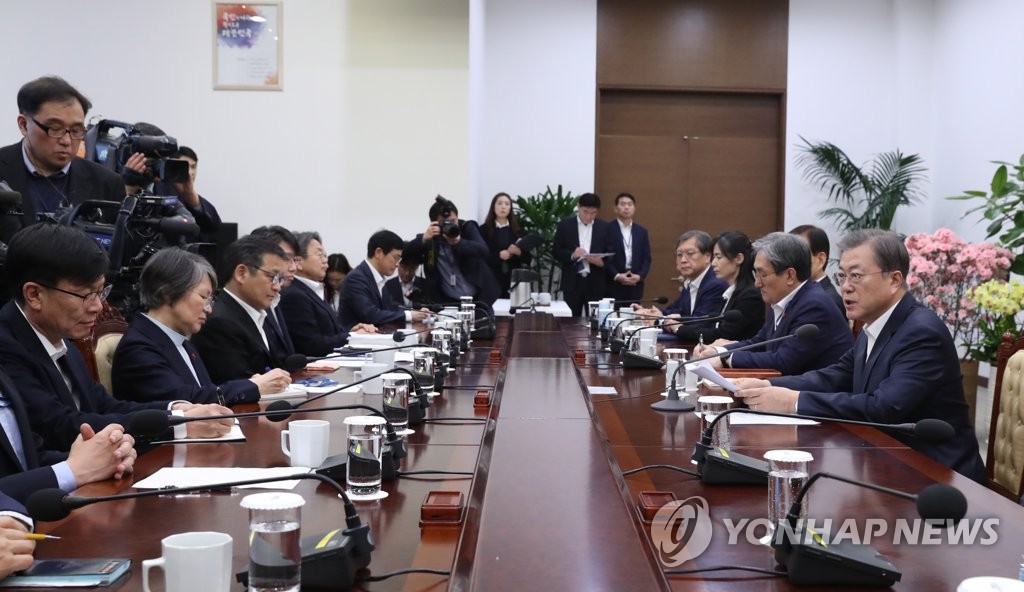 He reiterated that the government will handle the outbreak in emergency mode as it is apparent that it is facing an "important watershed" in the fight against the coronavirus that erupted in the central Chinese city of Wuhan late last year.

While South Korea will maintain the infectious disease alert level at the current "watch" level, it will deal with the outbreak using measures equivalent to those taken at the level of "serious," Moon said.

He sought the South Korean people's understanding on the government's campaign to help those in virus-hit China.

China is South Korea's largest partner for trade and people-to-people exchanges, he pointed out.

"China's troubles lead directly to our troubles," he said. "We should join forces and overcome the ongoing emergency situation and should not spare any support and cooperation that we can offer as a neighboring country."

In an apparent message to Beijing, Moon said South Korea had no other choice but to tighten its border controls and toughen immigration procedures to protect its own people as well.

On Sunday, South Korea announced that it would temporarily ban entry by foreigners who have visited or stayed recently in Hubei Province. Wuhan is the capital city of Hubei. 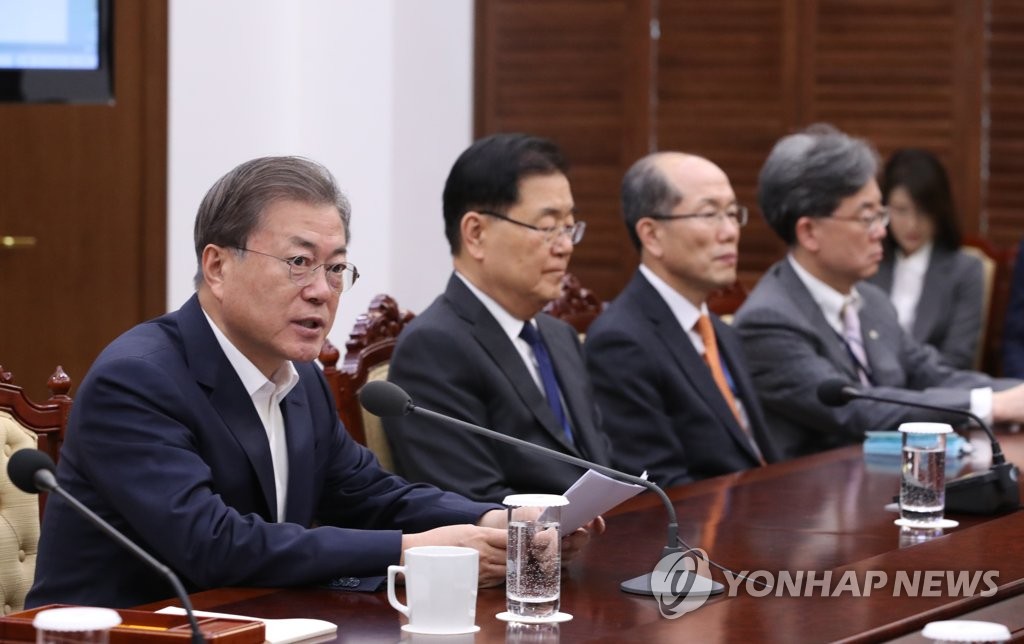 The president, meanwhile, took note of the dedicated service especially by those in the medical and quarantine sectors as well as the "spirit of inclusiveness" shown by residents in the central towns of Asan and Jincheon, where around 700 South Koreans are staying after returning from Wuhan on chartered flights. The government offered two state-run facilities there for them.

He recalled a citizen's message posted on an SNS account reading, "We are a social security network (ourselves) for each other."

Earlier in the day, Moon made a phone call to the South Korean Consulate General in Wuhan and thanked officials there for their hard work related to the evacuation of the South Koreans, according to Cheong Wa Dae.

(LEAD) Moon says S. Korea is with China against coronavirus

(LEAD) Moon says S. Korea is with China against coronavirus